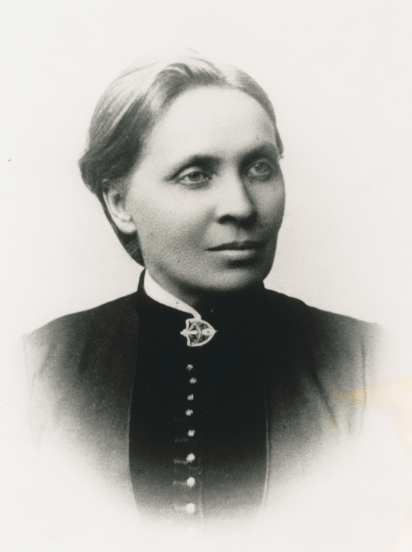 Monday's offerings included George Gershwin's "Lullaby for String Quartet" in a version for a larger ensemble. It's a piece he wrote as a composition student when he was only 20, but he'd already been writing for Tin Pan Alley and Broadway. It's a gorgeous, gentle little piece with some really interesting harmonies.

On Tuesday, we heard the "Piano Sonata in A" by Elfrida Andrée. "It would be easier to tear a rock apart than to prise me from my ideal wish: the raising of the female gender," wrote the Swedish-born Andrée in 1871. She was the first woman to graduate with an organ performance degree from Sweden's Royal Academy of Music and was the first female primary organist at a cathedral in Europe – after she managed to get the rules changed allowing her to apply. She fought for gender equality throughout her life and composed over 100 works.

One of Wednesday's offerings may have given some listeners a start: It was the "Surprise Symphony;" officially known as the Symphony no. 94 by Joseph Haydn. The story goes that Haydn put his surprise in it – a loud, unexpected note in the  middle of the slow movement – to wake up any audience members who might have drifted off to sleep. Haydn denied that and said it was just for artistic effect, although one of his friends later wrote that when Haydn showed it to him he said it would make the ladies jump.

Thursday's show was bookended by two great works by Johann Sebastian Bach – his Brandenburg Concerto no. 1 to start the morning, and excerpts from his Cantata no. 51, "Jauchzet Gott in Allen Landen," featuring Kathleen Battle, soprano and Wynton Marsalis, trumpet. Ecstasy!

Friday kicked off as it often does with film music, in this case from "Pocahontas." We heard two songs from that film arranged in the style of classical composers: "Colors of the Wind" in the style of Antonin Dvorak's New WOrld Symphony, and "Just Around the Riverbend" in the style of Ralph Vaughan Williams' "Fantasia on a Theme of Thomas Tallis." The arrangements are brilliant, done by composer Donald Fraser.

The week's new release was also from a film: We heard several arias from "Pavarotti," the soundtrack from that documentary film by Ron Howard. Find a link and an article on the  WPR New Classical Releases Blog.