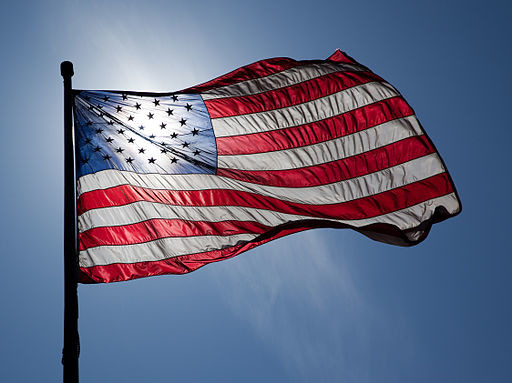 This was a week to showcase American music, and on Monday we heard an excerpt from "Glassworks" (on the marimba) by Philip Glass, who was one of the Kennedy Center honorees earlier this year.

Tuesday started with the version of the "Toccata & Fugue in D Minor" by JS Bach as arranged for orchestra by Leopold Stokowski. A couple of other highlights included the "Afro-American Suite" by Undine Smith Moore and Arvo Pärt's setting of the Salve Regina.

Wednesday we heard from two living American composers, both evoking an area of the country: Mark O'Connor's violin concerto "Call of the Mockingbird" was inspired by Appalachia's beautiful terrain, and Eric Ewazen – known especially for his works for brass – conjured up the magnificence of the Grand Canyon in his suite of the same name (for eight horns!)

On Independence Day, we celebrated! With Sousa and Copland and lots of other favorites. Highlights included a string quartet said to have been composed by Benjamin Franklin, a version of the Star-Spangled Banner for solo violin arranged and performed by Rachel Barton Pine, some American folk songs arranged by Ruth Crawford Seeger, "Frontier Fancies" by Barbara Harbach, and William Henry Fry's Niagara Symphony, which emulates those massive waterfalls through percussion and lots of other interesting musical effects.

Birds and flowers made an appearance on Friday, with a "Cuckoo Sonata" by Johann Schmelzer, a "Cuckoo Concerto" by Vivaldi, "Crisantemi" (Crysanthemums) by Puccini, and the famous "Flower Duet" from the opera "Lakme" by Léo Délibes.

The week's new release was a CD called "American Rapture" from the Rochester Philharmonic Orchestra and their conductor Ward Stare. We heard a couple of movements from the world premiere Harp Concerto by Jennifer Higdon, featuring harpist Yolanda Kondonassis. Find a link and an article on the  WPR New Classical Releases Blog.