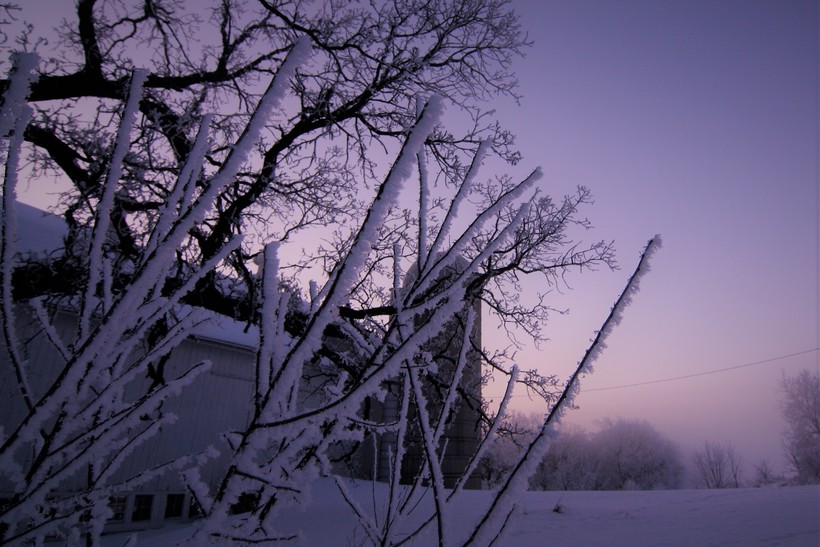 This year, there was quite a narrow confluence of holiday traditions: The winter solstice occurred on December 21; Hannukah started at sundown the following day and ended December 30, and Kwanzaa kicked off on December 26 and ran through New Year's Day.

Christmas, with its centuries of musical tradition and thousands of pieces to choose from, fell right in the middle of them all.

Honoring these traditions through music while also providing some respite from over-saturation can be a tricky balancing act!

My perennial favorite for welcoming winter is the concerto from Vivaldi's "Four Seasons," with its graphic depiction of being frigid and shivering with air so cold it makes the teeth chatter; the slow movement depicts some time inside by the fire with a heavy rain falling. It ends with a musical picture of walking across ice trying not to fall, but falling anyway, getting up and running, with the wind raging.

I also shared "Winter" from another "Four Seasons" — this one by twentieth-century English composer Lawrence Ashmore. And we heard "A Winter Idyll," a youthful work by Gustav Holst.

Hannukah runs for eight days every year, and there was a variety of music for the occasion sprinkled in throughout: We heard several traditional Jewish songs performed by harpist Rachel Van Voorhees, from "Maoz Tsur" ("Rock of Ages") to "My Little Dreydl." I also shared music by the sixteenth-century Italian Jewish composer Salamone di Rossi. He has a fascinating history and composed some gorgeous sacred music for Jewish festivals and holidays. The texts have to be transliterated for the singers though — his musical notation reads left to right, but the Hebrew words go from right to left.

For Kwanzaa, I played a piece by living American composer Valerie Coleman called "Umoja" which translates to Unity, the first of the seven principles of Kwanzaa, which is to strive for and maintain unity in the family, community, nation, and race. Coleman is the founder of and flutist for the Imani Winds. We also heard the "Unity Waltz" by Dmitri Shostakovich, and a work called "United Artists" by Kenneth Fuchs.

Christmas is always a challenge. There is simply a surfeit of beautiful, meaningful (and some trite, not-so-meaningful) music to choose from. The entire WPR music team shared a lot of Christmas music, starting in early December and increasing in frequency through December 25. On Christmas morning, I almost always start out with a beloved arrangement of traditional carols that Leroy Anderson created for the Philadelphia Orchestra and his good friend Eugene Ormandy. We also heard the Schubert "Ave Maria" sung by Renee Fleming, a Christmas Spiritual Medley, excerpts from the "Christmas Oratorio" by Johann Sebastian Bach and "Messiah" by Georg Frideric Handel.

There was also some secular music, from "Have Yourself a Merry Little Christmas" to "White Christmas" and "Jingle Bells."

And, since Hannukah was still being celebrated on December 25th, there was more for that.

It's a joy to share uplifting and celebratory music from multiple traditions. It's especially meaningful when these holidays occur close together in the darkness of winter, and the musical light and warmth from each of them can be enjoyed by all. Happy Holidays! Steph