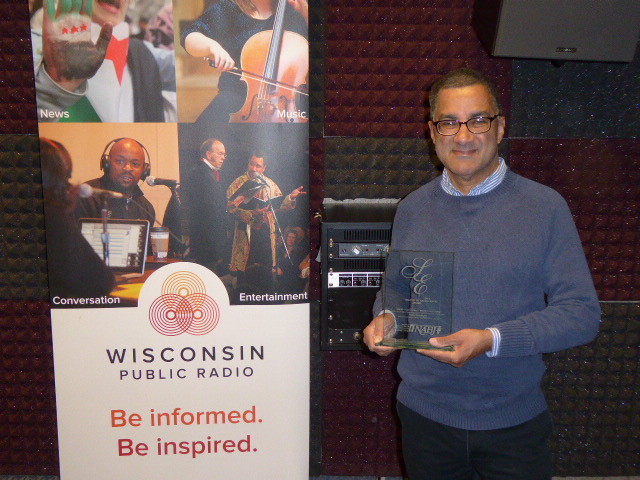 In the next hour, WPR reporter Danielle Kaeding, Northern Regional Manager Paul Damberg and veteran journalist Robin Washington talk about the upcoming changes to Hear Me Out. Washington takes over as host of the program.

Robin Washington grew up in a Chicago family of black and Jewish civil rights activists. Participating in sit-ins and protests when he was three years old, today he recalls those events fondly as “family outings” — though history records them as dangerous and nation-changing.

The winner of many prestigious journalism awards, Washington has appeared on MSNBC, Fox News, ABC News, CNN, National Public Radio and the BBC. From 2004-14, he was editorial page editor, news director, and then editor of Minnesota's Duluth News Tribune. Previously, he was a columnist for the Boston Herald, for which he covered the Catholic Church sexual abuse scandal. His columns have also appeared in the Los Angeles Times, Miami Herald, Minneapolis StarTribune, Chicago Sun-Times, the Baltimore Sun, San Jose Mercury-News and many other newspapers.

Washington's television work includes the documentary "You Don't Have to Ride Jim Crow!" The story of the first Freedom Ride, in 1947, the program brought Irene Morgan to national attention as "The Grandmother of the Civil Rights Movement." Much earlier, in 1990, he produced what was very likely the first television interview with then-Harvard Law student Barack Obama.

In radio, Washington received wide acclaim for his documentary about John Coltrane, "My Favorite Things at 50." He was also a commentator for NPR's "News & Notes" and a contributor to many other shows.

A Fellow in Science Broadcasting Journalism at WGBH TV Boston , Washington has lectured and given keynote addresses at Harvard, MIT, Brown, Middlebury, the University of Minnesota and dozens of other colleges and universities. He was an adjunct faculty member at Northeastern University and Emerson College and is currently a research scholar for the Institute for Jewish and Community Research.

Robin is married to Julia Cheng, an anti-poverty advocate and photojournalist who also has national credits. He is the father of Erin Washington, who followed him into the business as a newspaper production manager. She is also a dancer and choreographer; skills, Robin says, she clearly did not inherit from him.

This site includes links to selections from Robin’s work, as well as to other relevant sites, including that for his mother, artist and civil rights activist Jean Birkenstein Washington, who passed away June 28, 2003.