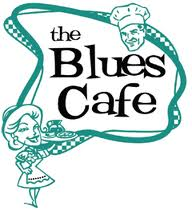 We'll explore Wisconsin's blues music scene, as we preview The Blues Cafe festival scheduled for Saturday, March 9th at the Rothschild Pavilion. Our guests will be Great Northern Blues Society president Mike Tatro, and two of Saturday's performers: Sena Ehrhardt, a Minneapolis based vocalist who was nominated for Best New Artist in the 2012 Blues Music Awards; and Robert "One Man" Johnson, an acoustic blues musician known for playing multiple instruments at the same time. Ehrhardt will discuss her new Blind Pig records release, All In. Johnson will perform live in our Wisconsin Public Radio studios during the program.