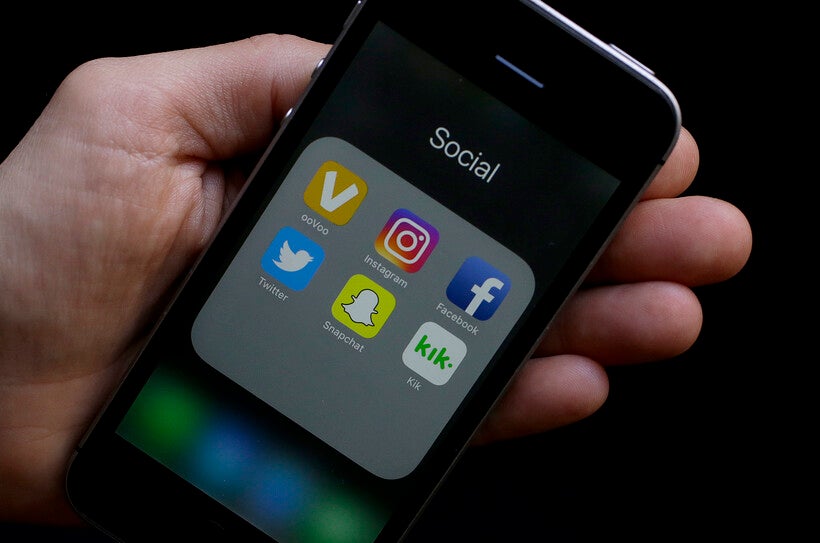 Should We Flee Social Media Or Fix It?

Jaron Lanier and Ethan Zuckerman, both with deep roots in internet technology and culture — as a pioneering computer scientist and an internet ethicist, respectively — have often contradictory views on how we should coexist with social media.

Lanier thinks we should delete our accounts, while Zuckerman argues we should fix the system rather than abandon it entirely.

Zuckerman, the director of the MIT Center for Civic Media and the author of "Rewire: Digital Cosmopolitans in the Age of Connection," advises us not to give up yet.

"To the Best of Our Knowledge" host Anne Strainchamps and Steve Paulson talked with them about how they view our world today — online and in real life.

We’ve put so much of our lives online. Can we — should we — really just delete social media? Is that even possible?

Jaron Lanier: It’s a strange, society-wide mass hypnosis. You can live a full life and you can even write books and promote them without being on social media. People in the media are some of the worst addicts I see. You're checking your Twitter feeds constantly in this way that's just insane. Twitter addiction is destroying a lot of people's lives.

Ethan Zuckerman: If we just say, "Hey Facebook, we're not going to take it anymore, we're going away," that's only a partial protest. I think a much better form of protest is to start building the world we want and to see if we get Facebook to catch up with the rest of us. And if not, we'll just build a better world.

What are the positive uses for social media? The negative ones?

JL: The algorithms are watching you. There's an enormous amount of information of an ever-widening variety that can include things like your gait — meaning the way you walk — your facial expressions, who you know, what you buy, where you go, all kinds of things. The personalized feed or the ads (come from that). All these things are adjusted to increase engagement, but that's really just addiction.

EZ: It’s really powerful for connecting you with people with a common interest. I'm a Type 1 insulin-dependent diabetic. On Facebook, I follow a couple of groups for people who connect around the disease. You can use social networks to mobilize people for good and for ill.

But there are things that you could do with social networks that we largely don't do.

You could use social networks to increase diversity. Right now when you join, Facebook introduces you to everyone you went to high school with and everyone who (you) went to college with. What if Facebook introduced you to different people? What if it said, "Hey, you're a liberal. Let me introduce you to some smart conservatives who have some common interests?"

What I'm advocating for is that we ask ourselves what sort of digital public spaces we need in a democracy and then build them.

Why is social media the way it is today and was it planned to work like this?

JL: The people who use the system have become more sophisticated. What started out as advertising has turned into something sinister. Based on my direct experience of the people involved at the time, I believe this was more of a terrible mistake we all fell into rather than a deliberate plan.

I'd love to see a real good old-fashioned public good vision that says: How could social media be good for democracy and how do we build it together?

Will people miss something or someone if they quit?

JL: The network effect means that everybody else is on it. So it'd be inconceivable to coordinate everybody moving somewhere else at once just for little practical things like organizing a neighborhood soccer game or something. It's easier to do it using the platform where everybody already is.

So, of course, it's going to be hard to get people off these things. I don't know that it's harder than getting people to stop smoking in public places.

EZ: I meet a lot of Nazis online. We occasionally trade barbs at one another but more than anything we're trying to figure each other out.

(With one person I chat with on Twitter), he’s trying to figure out why I believe what I believe, and I'm trying to figure out why he believes what he believes. We've been doing it in a very open and respectful fashion. I probably learned more from that relationship over the last two years than I have for many almost any other relationship in my life.

What’s the future of social media?

JL: To a lot of people, technology is a way to escape the world. But for me, it was exactly the opposite. I was wondering if there was some way that technology could create a bridge between people — what I imagined was the device for which people could share dreams, where you could get a sense of how weird it was inside somebody else's head.

EZ: How would you get people who disagree on different subjects to enter into a real conversation and actually hear each other's point of view?

I'd like to see public media providers thinking about how could they build social media spaces that end up being conversational spaces between people who don't talk to each other in the real world.