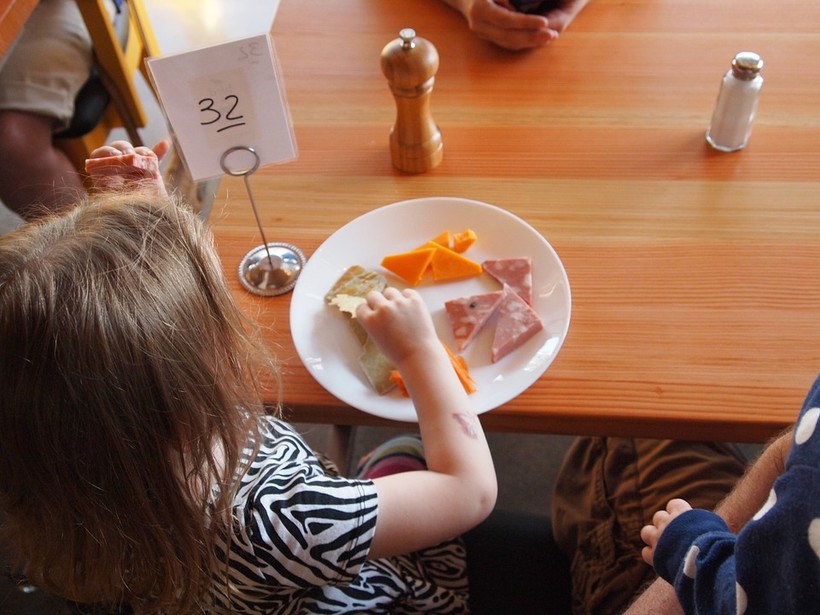 Parents shouldn't comment on a child's weight, according to a new study. Photo by Ed Montez (CC0)

Parents Should Focus On Healthy Behavior, Not The Number On Scale, According To Study
By Scottie Lee Meyers
Share:

Parents who are concerned about their children being overweight should avoid directly commenting on their child’s weight and instead lead by example, according to a new study.

"Talk less about weight and do more to help your children engage in healthy eating and physical activity," said Dianne Neumark-Sztainer, an adolescent health expert at the University of Minnesota, after more than a decade's worth of research.

Neumark-Sztainer's research studied a cohort of 2,000 children over 15 years and found that good intentions can backfire on parents.

"What we found was that parents who recognized that their children were overweight didn't really do anything healthier at home," she said. "They didn't have more family meals, didn't serve more fruits and vegetables. The only thing that they did differently was encourage their children to diet and lose weight."

Children who were encouraged by a parent to diet actually ended up gaining weight over time, according to the study.

The results don't mean that parents should never talk about weight, exercise or an active lifestyle, Neumark-Sztainer said. Instead, parents should model and put the focus on healthier behaviors.