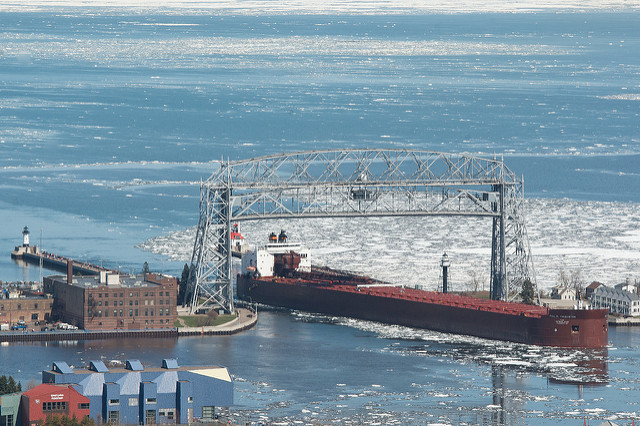 Company Will Be Fined $1M For Violating Federal Law At Least 10 Times
By Danielle Kaeding
Share:

The owner of a ship that was detained for more than a month at the port of Duluth-Superior last year has been fined $1 million for illegally dumping oily wastewater.

The German shipping company MST pleaded guilty on charges of violating a federal law aimed at preventing pollution from ships.

The company admitted falsifying or omitting records on the Liberian-flagged vessel, the Cornelia, as part of a U.S. Coast Guard investigation into allegations of illegal dumping.

The company discharged oily wastewater at least 10 times in 2015, according to the U.S. Attorney's Office in Minnesota. At least one instance occurred within the Great Lakes.

MST will be placed on probation and must put together an environmental compliance plan. The company will pay $800,000 in fines in addition to $200,000 that will go towards protecting Lake Superior and its watershed.