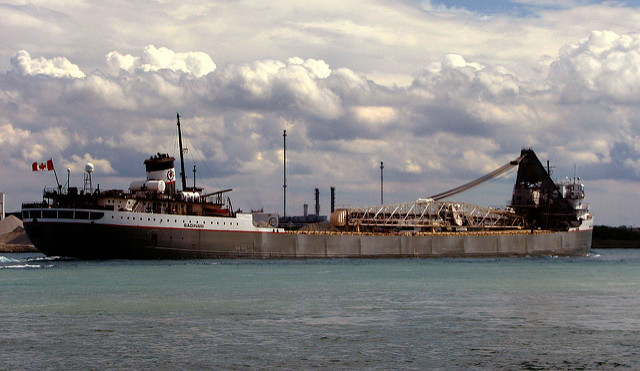 Foreign and domestic shipping companies have filed a lawsuit against the U.S. Coast Guard for increasing ship pilot rates on the Great Lakes, a move the Coast Guards called necessary for safety reasons.

The rate increase aims to add more pilots and reduce safety risks due to fatigue and was recommended by the National Transportation Safety Board, U.S. Coast Guard public affairs Officer Katie Braynard said. The agency increased pilotage rates in March of this year.

"We’re really focusing on safety and everything at sea," she said. "Just having those extra pilots to make sure they’re getting adequate rest is very important for us."

The pilots guide foreign vessels through the St. Lawrence Seaway and Great Lakes ports, there are currently 37 ship pilots on the Great Lakes. The Coast Guard set a goal of adding another 17 pilots, Braynard said.

However, the rates have increased substantially in the last decade and Great Lakes ship operators have been exploited, according to foreign and domestic shipping groups.

The lawsuit against the U.S. Coast Guard reads:

"Much of this increase has occurred in the last two navigation seasons. In comments submitted to the Coast Guard docket that led to the Final Rule, the Shipping Federation of Canada, a Plaintiff herein, observed that pilotage is now one of the largest single cost items for foreign-flag vessels that enter the St. Lawrence Seaway/Great Lakes System."

"Great Lakes had the highest work load and among the lowest pay of any pilots in the country,” he said. “We couldn’t keep people and we couldn’t attract people."

Ship pilots worked around 90 days in the 2014 season without a scheduled day off and were paid an average of $140,000 each year up until a couple years ago to guide ships safely into Great Lakes ports, Swartout said. He said they try to give ship pilots 10 days off for every 21 days on, but a pilot registered on the Great Lakes must be continuously available for service if needed.

The U.S. Coast Guard has set a target for pilots to receive roughly $326,000 each year. That will put compensation in line with what ship pilots receive in Canada, according to the agency.

The foreign shipping companies who filed the lawsuit are looking to block the increase and are calling on the agency to instead slash rates by 20 percent this year.

Correction: A previous version of this story erroneously reported that ship pilots work 90 days straight, but Swartout said that was just for the 2014 shipping season.