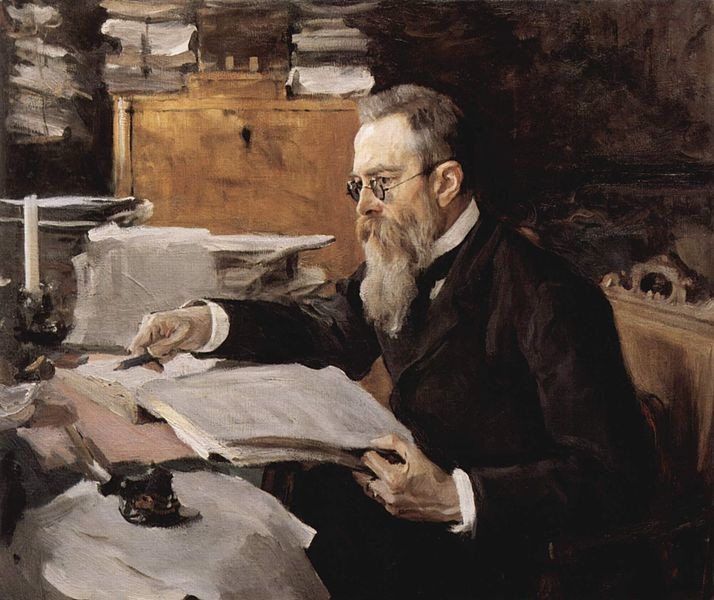 Composer Mily Balakirev had scraped up enough money for his Free Music School to put on a series of four concerts in St. Petersburg during the winter of 1879. Colleague Nikolai Rimsky-Korsakov was to direct them, and before they were over, he was a nervous wreck.

One of the concerts was to include the Polovtsian Dances and other selections from Alexander Borodin’s opera Prince Igor, the catch being that Borodin hadn’t finished the opera yet, and Rimsky-Korsakov spent no end of time pleading with him to orchestrate the excerpts to be performed in the concert. Borodin taught chemistry and medical courses that took up most of his time, and his home life was so fraught with interruptions that he had few opportunities to compose.

Also involved in the concerts was Modeste Mussorgsky, a lover of wine who was given to eccentric behavior. At the rehearsal of a scene from his opera Boris Godunov, he listened with exaggerated intensity to the most mundane passages, shaking his shaggy head and raising his hand in a melodramatic gesture. At the end, he bowed low with his arms crossed over his chest.

Nevertheless, for the first three concerts the music of Borodin and Mussorgsky came off well.

A pianist named Kimov was to perform Franz Liszt’s Piano Concerto in E-flat. He missed the rehearsal, but Rimsky-Korsakov gave him permission to play anyway. At the concert he became so nervous and confused that he threw the orchestra off with false entrances and turned the entire concerto into a travesty.

“My mortification was unbounded,” Rimsky-Korsakov said in his memoirs, “and I literally cried for chagrin and shame on reaching home after the concert.”