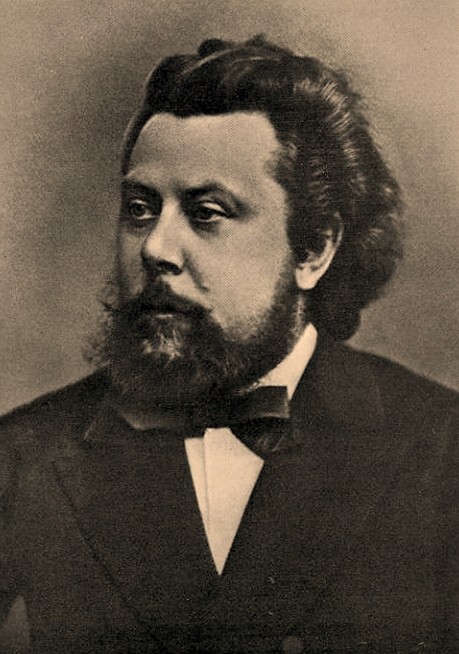 Modeste Mussorgsky's physician had good reason to fear that the composer was in no state to participate in a concert he had arranged for the benefit of medical students.

Mussorgsky was to accompany the distinguished Italian tenor Ravelli, and when on the day of the performance, the singer asked to meet Mussorgsky, the physician found the composer reeling under the influence of alcohol. Mussorgsky told his friend that he wasn't up to meeting Ravelli at that particular moment, but assured the doctor that he would be just fine for the evening performance.

With that, Mussorgsky saw the doctor to the door and bowed with exaggerated politeness saying, "Well then, until tonight."

The doctor went back to the tenor and told him that he had been unable to find Mussorgsky. Then he asked a friend to keep an eye on Mussorgsky and see to it that he got to the concert on time.

Mussorgsky showed up punctually, but trouble soon reared its head again. The composer hung around the artists' green room long enough to sample every drink on a table there and he became drunk all over again. In the meantime, the Italian tenor had done a little sampling himself. And as if the situation wasn't bad enough, he decided that his voice was a little strained and said that he wanted to sing his entire program a half or perhaps a whole tone lower than usual.

Sensing a catastrophe, the doctor asked Mussorgsky if he could accommodate the tenor's need to take the songs down a step or two. "Why not?" the composer said with a disturbing geniality. He suggested an informal rehearsal. Apparently he had never heard most of the music to be performed.

The result astonished the doctor -- and delighted him. Mussorgsky completely charmed the tenor with an elegant performance that he could play in any key, and the grateful singer embraced him, saying over and over, "What an artist!