This is WPR's online home for new music. All genres are welcome on "Set List" and we bring you exclusive video performances and studio sessions, interviews and more to highlight the best from Wisconsin and beyond.  Discover your new favorite band with Set List.

Set List: Aero Flynn And The Long Path To Their Debut Album 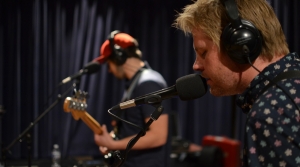 With members from Eau Claire and Minneapolis, rock band Aero Flynn has strong roots in the Wisconsin music scene. Songwriter and frontman Josh Scott called upon his musician friends to help complete the band’s self-titled debut, recorded at Justin Vernon’s April Base Studio in the rural Chippewa Valley. Scott talks about sitting on a backlog of finished songs, the magic of the Eau Claire music scene, and the album that almost didn’t happen.
Set List: Count This Penny Share Secrets To Performing With Spouse 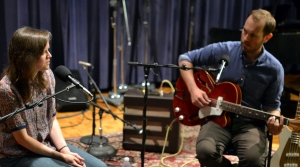 Born in the foothills of the Great Smoky Mountains, Count This Penny are the wife-and-husband singer-songwriter duo of Amanda and Allen Rigell. In 2010, they made their way to Madison and have toured the country and released several albums. They recently joined us in the WPR studios to play some new, unreleased songs, tell us about playing in a band with a spouse, and what it was like to jam with Garrison Keillor on "A Prairie Home Companion."
Set List Summer Music Series Lineup
Set List is a summer music series airing on Central Time on Fridays at 4:15pm. From Americana to hip-hop, the series will feature interviews and studio performances from a diverse range of Wisconsin artists. Artist Schedule Friday, July 3 rd - Count This Penny Friday, July 10 th - Aero Flynn Friday...
Set List: Oedipus Tex 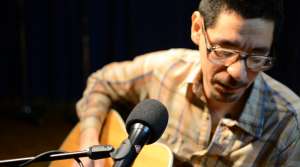 Madison’s Eric Caldera is mostly known as the mathematical mind behind the instrumental post-rock band, El Valiente . But when he writes a song with lyrics, it goes to his other musical outlet, Oedipus Tex. With a more delicate touch, Caldera’s fingerpicked guitar lines and breaking vocal rasp outline stories of love and loss.