Both the city of Eau Claire and Eau Claire County have referendum questions on April 1 that relate to funding the Confluence Project, a proposal for a public-private-university partnership that would develop a performing arts center, retail space and university housing in the city's downtown.

WPR programs "Spectrum West" and "The West Side" will both be offering shows on the project the week before the April 1 elections. The "Spectrum West" show on March 27 (10 a.m. on 88.3 WHWC, repeating at 7 p.m. March 28 on 89.7 WUEC) will have information about the project and feature an interview with members of the Voters With Facts group.  "The West Side" show on March 31 will be a call-in forum regarding the referenda featuring members from both sides of the issue.

WPR has been offering in-depth coverage on this topic from the beginning. In 2012, "Spectrum West" host Al Ross facilitated two public forums about facilities development in downtown Eau Claire. The events were broadcast live on 88.3 WHWC. The Confluence Project has been discussed on multiple programs since those first town-hall style meetings. 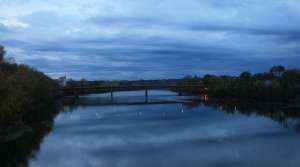 A second "Clear Vision" community forum on the future of new event facilities in Eau Claire was broadcast on a special Wednesday edition of "Spectrum West" on April 25, 2012. "Spectrum West" host Al Ross served as moderator for the evening's discussion and was...
ListenDownload 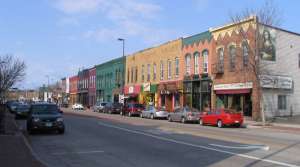 A group called Voters With Facts recently introduced the website, Confluence Referendum, which details that group's opposition to the Confluence Project as it is being proposed and its desire to pass the city referendum and defeat the county referendum.