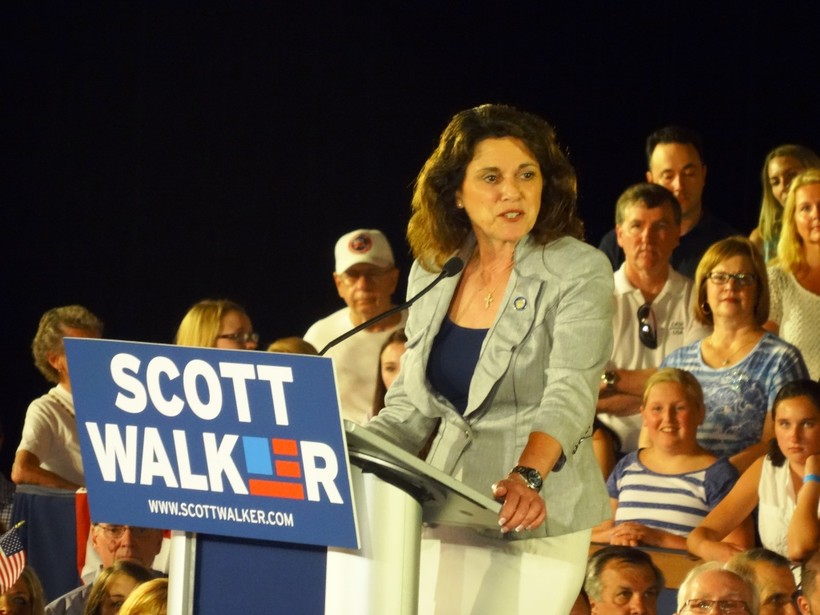 Republican U.S. Senate candidate Leah Vukmir clarified her position on health care on Tuesday during an appearance at the Milwaukee Press Club.

When asked by a constituent about her position on insurance mandates, Vukmir said she's been "unjustly attacked."

"I'll give you the example of the cochlear implants for children," she said.

In 2009, Vukmir voted against a bill, which eventually became law, that covered cochlear implants and hearing aids for Wisconsin children. State Democrats recently criticized the move.

On Tuesday, Vukmir claimed she opposed the law because it helped too few.

"So, the proposal that people were putting forth was going to be a 30 percent solution," she said. "I, along with a colleague of mine, Representative Nygren, said, 'That's ridiculous. We have a 100 percent solution."

But Vukmir's bill would have applied only to low-income families on state health insurance.

In media reports from back then, Vukmir is quoted as saying she voted no on the other cochlear implant bill because of cost.

Vukmir also addressed what she called campaign "myths" about her position.

"Now, I want to make sure that I say loud and clear and that everyone leaves here knowing that I want people with pre-existing conditions to receive coverage in health care," she said.

The GOP candidate emphasized that, unlike her opponent, incumbent Democrat Tammy Baldwin, she wants less government control over health care.