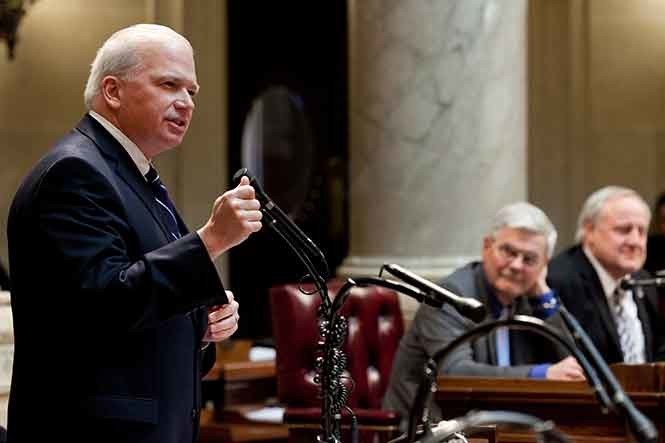 Republicans Say They Will Use Time To Discuss GAB, Campaign Finance Bills
By Shawn Johnson
Share:

The state Senate has again delayed votes on bills that would dismantle Wisconsin's elections agency and rewrite the state's campaign finance laws.

One of the bills would end the state's Government Accountability Board, replacing it with two commissions run by partisan appointees. The other would make sweeping changes to campaign finance laws, allowing for near-unfettered coordination between candidates and interest groups with secret donors and unlimited corporate contributions to state political parties.

A spokeswoman for Republican Majority Leader Scott Fitzgerald said it's still possible the Senate will hold a floor session this week to debate the bills. However, the Senate won't meet Tuesday as it had originally planned.

The Senate didn't convene to take up the bills last week, either.

Critics and proponents of the bills have both been urging their members to contact a handful of Republican senators said to be on the fence. Both plans sailed through the Republican-controlled state Assembly.

Editor's Note: This article was originally an Associated Press story.