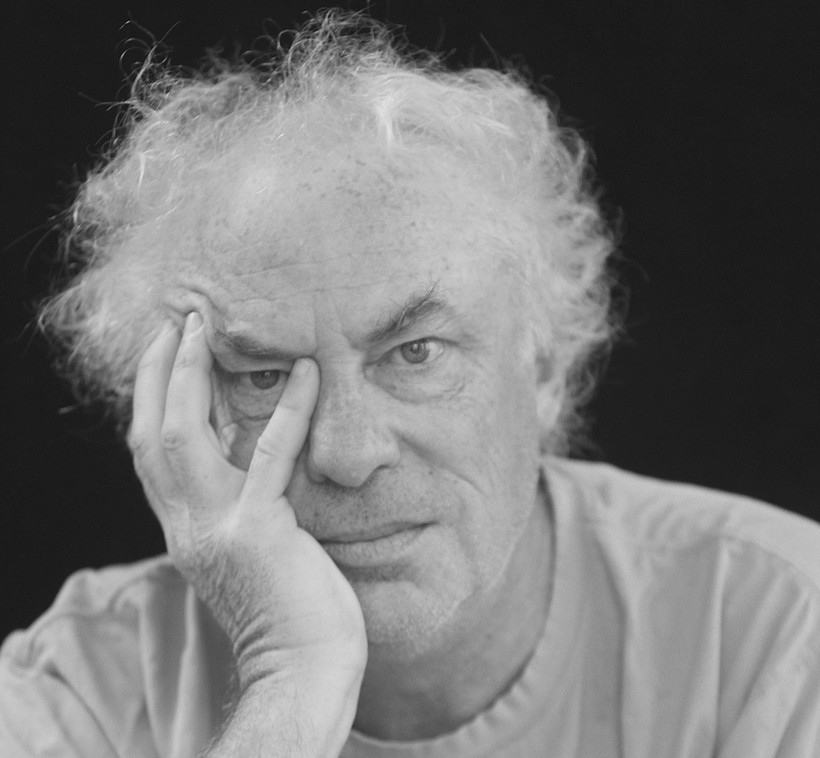 His Novel, '#MeAsWell' Is A Seinfeldian Satire Of A #MeToo Misstep
By Adam Friedrich
Share:

Peter Mehlman is no stranger to having his work go viral. As a writer and executive producer for NBC’s transcendent sitcom "Seinfeld," Mehlman is responsible for mainstreaming some of the most popular American terms of the last century including "yada, yada," "shrinkage" and "spongeworthy."

Since "Seinfeld," Mehlman has focused his sharp observational talents and wit toward writing novels.

His latest, "#MeAsWell," features a veteran sports journalist who goes viral for the wrong reasons.

Arnie Pepper is the book’s protagonist. Pepper is a well-liked sports lifer with a knack for banter and one day kills some down time with fellow reporters with a joke that walks the PC line. Little does he know their scrum’s conversation was being recorded and subsequently shared on social media by another reporter. Pepper instantly becomes the center of a media firestorm.

Mehlman is commenting on the #MeToo movement in the work, but isn’t rejecting or mocking it. Rather he’s exploring, much like "Seinfeld" did, where the needed public awareness and attention of movements meanders into something far less productive.

"There is a certain hyper reality to the book, but I'm trying to objectively look at the #MeToo movement and the dangers therein," Mehlman told WPR’s "BETA." "Obviously, there's a lot to agree about with the #MeToo movement, but like every movement, there are those wings of the movement where it just goes a little bit too far and a little too over the top."

Mehlman is satirizing those that seemingly make a living off of being offended.

"As a person, who’s had a little bit of a past in comedy, I’m horrified by how oversensitive we are and it almost seems like 50 percent of the population is sitting at home in front of their computers just waiting to be offended," he said. "And they’re disappointed if they’re not offended. They’ll keep looking around until something really offends them and then they can feel happy."

It’s a sentiment akin to a similar plot in Mehlman’s "spongeworthy" episode of "Seinfeld" (called "The Sponge") where Kramer refuses to wear an AIDS ribbon during the awareness walk.

"I love the part about the not wearing the AIDS ribbon. When we took shots at our own liberalism, it was always very gratifying," Mehlman recalled. "You know, like in Larry Charles' episode with the outing when they kept on saying, 'Not that there's anything wrong with it.' I love that, because we're taking shots at our own ultra-leftist feelings in life."

Mehlman’s background with both "Seinfeld" and his career as a journalist and magazine writer were helpful in constructing "#MeAsWell" and capturing the verisimilitude of our current culture and developing the Pepper character.

"(Journalism) forces you to notice people and their actions and start looking into the motivations for those actions. Just looking behind the scenes of everything, you really learn to look deeply into everything and not take things at face value, which really helps when you're building a character," Mehlman said.

"'Seinfeld' was really helpful as far as just understanding what dramatic structure is all about and making a story interesting and getting out of the gate fast," he adds. "I always remembered that in the editing room at 'Seinfeld,' if the first act of the episode felt like it went by in a minute and a half, you knew it was a great episode."

That propulsive pacing is on display in #MeAsWell as the entire story plays out over a couple of days. Mehlman also said that his past work attuned him to the various styles of humor that were sometimes more subtle than what was on display on "Seinfeld."

"Of course, you learn different kinds of humor from all different fields. Even Howard Cosell was an incredibly funny guy. I used to kid Jerry Seinfeld that he was the second funniest boss I ever had," quipped Mehlman.

In the novel, Pepper is a graduate of the University of Wisconsin-Madison and Mehlman states that he pulled that character thread from his own life.

"I wound up at the University of Maryland with no regrets, but I always held a special spot in my heart for Wisconsin. I don't know why, but there was something about that school and the town of Madison that, when I was applying to colleges, I was thinking, 'God, that looks so nice,' Mehlman said. "So as another example of an alternate reality in my life as opposed to Arnie Pepper’s life. I made him a Wisconsin grad."

In addition to novel writing, Mehlman has dabbled in stand-up comedy. He just can’t seem to shut off the joke valve that was needed to churn out "Seinfeld" scripts.

"To tell you the truth, since I finished the novel, I've been at a little bit of a loss for what's next. I'm trying to figure it out. I do come out with the occasional new joke or something like that and I shove it into stand up and think, 'Well, what can I do with all this?'" he said.

Maybe Mehlman should take up Jerry Seinfeld on the idea of a one-man Howard Cosell show?

"Yeah, that's how many people will show up. One."