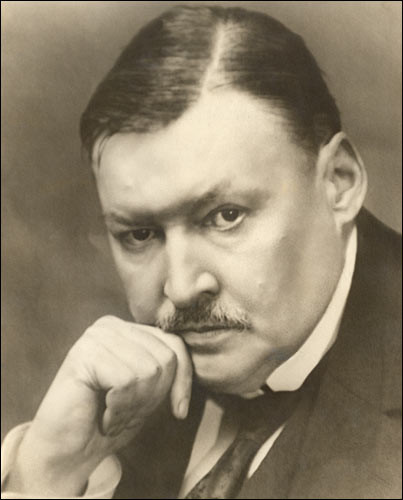 Seeing Through The Quirks

Sometimes takes a great student to recognize a great teacher. One such teacher was Alexander Glazunov. It took some doing, but Dmitri Shostakovich discovered that Glazunov had something special to offer.

Shostakovich was a student at the Moscow Conservatory when he encountered Glazunov -- a bulky man who sat far away at his desk while his students played the piano and waited for his critiques. Glazunov never interrupted and never left his desk. Once the student had finished playing, Glazunov would mutter something incoherent.

The students were reluctant to ask him to repeat what he had said and uncomfortable about moving closer in order to understand him. So they would repeat the work from beginning to end, making changes that they thought Glazunov might want. After the modified performance, the sedentary Glazunov would mutter even more softly and indistinctly. Assuming the lesson was over, the bewildered students would get up and leave.

At first Shostakovich was annoyed by Glazunov's remoteness, but after awhile he figured out what was behind it. He noticed that Glazunov would occasionally grunt, lean over his desk, remain bent over for awhile, and then--with some effort-- straighten back up. Shostakovich determined that his teacher was drinking alcohol through a rubber tube, fortifying himself to get through the lessons.

Shostakovich figured out that the best way to tap into Glazunov's knowledge was to meet with him as often as possible at concerts and in private homes as well as at the Conservatory.

Most of all, Shostakovich gained from Glazunov an appreciation for early music at a time when most teachers felt that music began with Mozart and that the works of prior composers were a wasteland. Josquin des Pres, Orlando di Lasso, Giovanni di Palestrina, and Domenico Gabrieli--Shostakovich learned to appreciate them all because he took the effort to get past the quirks of a great teacher.