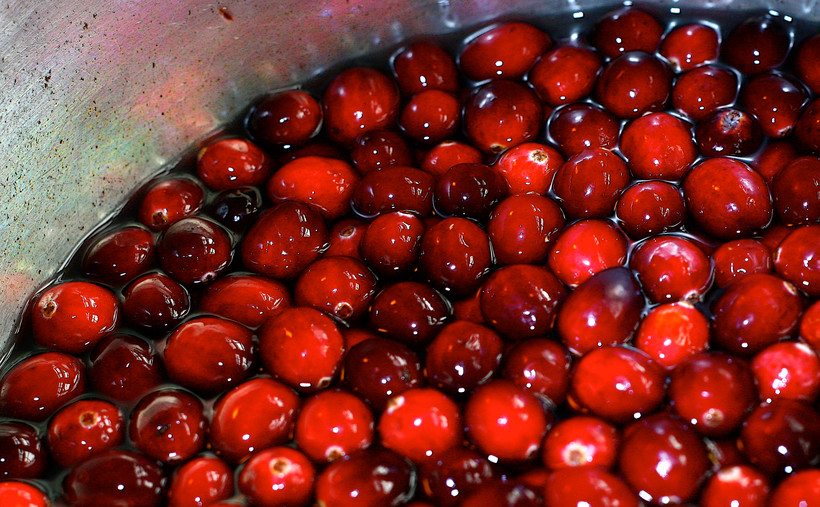 The Secret To Making The Perfect Cranberry Sauce

Do Not Stir, Wisconsin Expert Says
By Bill Martens
Share:

It's a simple rule that, according to the executive director of the nonprofit Wisconsin Cranberry Discovery Center, is the secret to making great cranberry sauce.

Marianne Strozewski said Monday that she makes cranberry sauce with whole berries "all the time," and that the process couldn’t be simpler. She said she freezes cranberries in plastic storage bags in four-cup batches. When it comes time to prepare them, she adds sugar and brings the mixture to a boil — all the while, not stirring.

"When you are popping those cranberries for a whole berry sauce, then don’t stir them, and it will jell up really nicely," said Strozewski.

She said the thicker consistency will allow the sauce to be used as a jam.

Aside from not stirring, Strozewski encouraged people to experiment with different flavors and ingredients, including extra sugar, cinnamon and orange juice. She also praised the cranberry relish recipe that National Public Radio journalist Susan Stamberg shares each year in the lead-up to Thanksgiving, a dish that includes onions, sour cream and horseradish. Said Strozewski: "It’s fabulous."

Strozewski acknowledged that horseradish may seem like an unusual ingredient, but asserts that the relish is "really tasty" and goes great with the Thanksgiving turkey and other meats.

"Often at the holiday time, we’ll have a plate of sliced smoked meats and then put that beautiful bright pink (relish) — they call it Pepto-Bismol pink," she said.

Wisconsin is nearing the end of its cranberry harvest. It leads the country in cranberry production, supplying about 60 percent of the nation’s crop. The State Cranberry Growers Association predicted Wisconsin will harvest 5 million barrels this year, which is about average for the state.