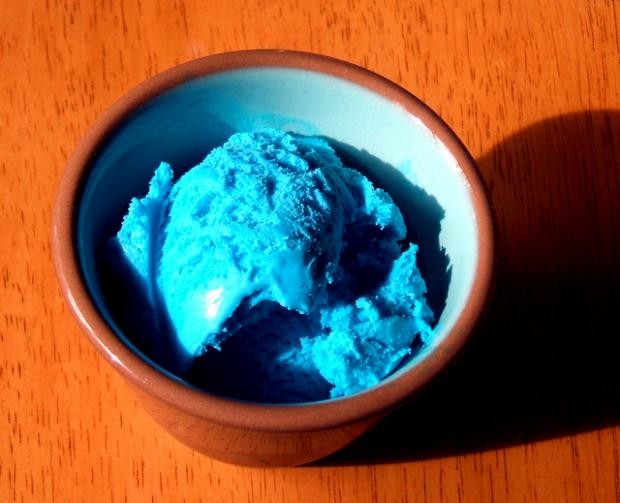 Those who live in Wisconsin or Michigan might never give Blue Moon ice cream a thought. It’s just a staple around dairy stores in these parts and it tastes good, especially to children.

But reporter Kasey Steinbrink has given the topic of Blue Moon some added consideration.  Steinbrink, who writes for Whoonew.com, tried to pin down the flavor of Blue Moon, which turns out to be harder than it sounds.

According to Steinbrink, people think Blue Moon tastes like frosting, Fruit Loops, almond and vanilla.  Plus, a whole lot of other things that remain curious, he said.

"The mystery is that when you look at the ingredients list on Blue Moon, that last thing is just 'natural flavorings,'" he said.

One mystery ingredient that Steinbrink said just might be in there is a relatively common additive called castoreum, which is derived from the sacs inside a beaver's pelvis.