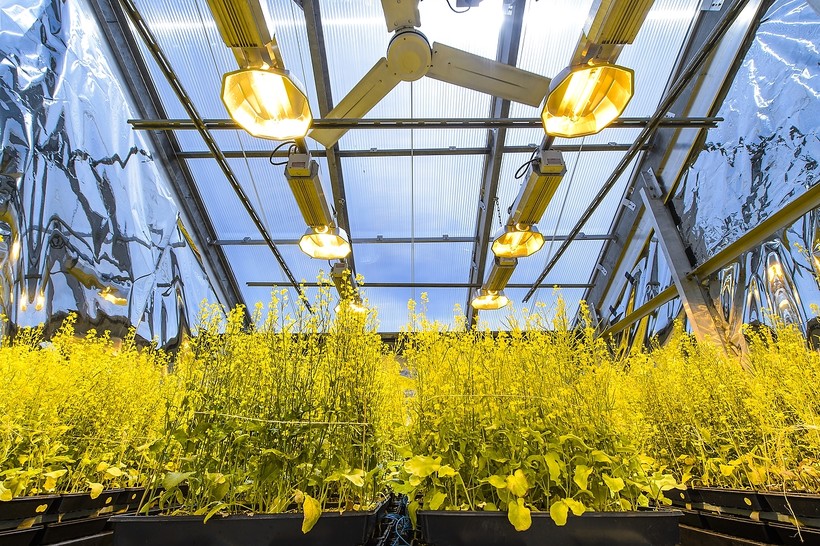 Scorching Desert And Frozen Tundra, All In One Building

The UW's Biotron Simulates A World Of Environments
By Galen Druke
Share:

From the outside, it's a bland, windowless red brick building. Inside, however, is a world of activity — literally.

The University of Wisconsin-Madison's Biotron is designed to simulate every environment on the planet, save Antarctica. According to Hannah Carey, the Biotron's director, the research facility provides "unique environments for researchers at UW-Madison, others within the UW System, and even for commercial clients in the area that want to take advantage of environments that they may not be able to get anywhere else."

Walking through the lab, a visitor can see climates spanning from the tropics to the arctic, along with rooms that are designed to switch from one extreme to to the other in order to mimic the freeze-thaw cycle. The full spectrum of temperatures ranges from minus 4 to positive 113 degrees.

Said Carey, the different environments lend themselves to a wide range of research projects: "We have researchers in the College of Engineering who are studying concrete, and they use our rooms to simulate wides ranges of temperatures," she said.

The building itself was built by the National Science Foundation in the 1960s.

"It was designed in a way where rooms are isolated, and some of them are even noise- and vibration-isolated as well," said Carey. "This allows multiple air handling units to be matched with individual rooms and provide very precise control over temperatures."

The software and sensors that regulate the temperatures, humidity levels, and light ranges are designed by Wisconsin company Johnson Controls. According to Carey, the level of precision the technology affords allows the Biotron staff to "provide the best assurance to the researchers and the commercial clients that we're on top of any slight deviation from the pattern that they request."

It all adds up to a facility that's nearly unparalleled in what it does: "Even worldwide, there's maybe only about four (facilities), five at the most, that can do the range that we do," Carey said.