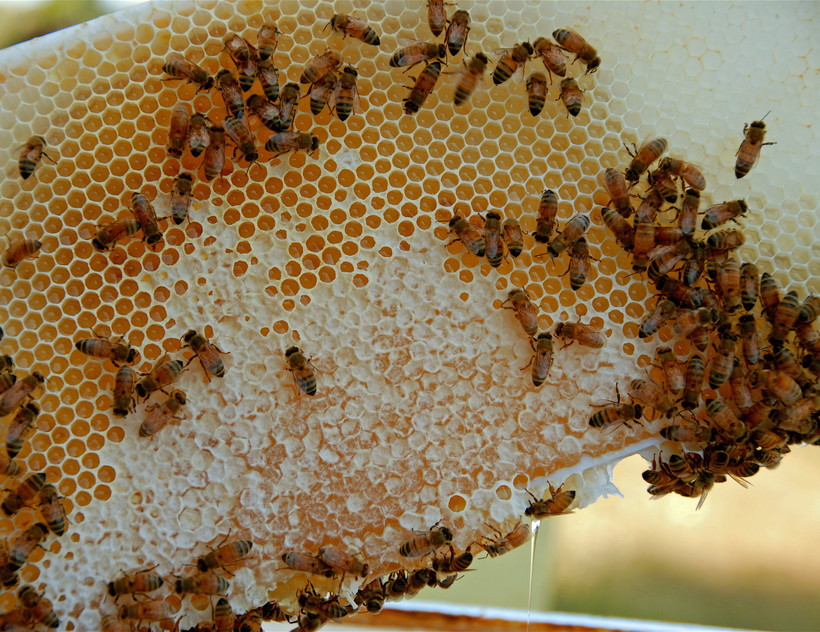 Researchers at the University of Wisconsin-Stout have discovered new bacteria that could play a role in the death of honeybees during winter months.

While studying the blood of honeybees, UW-Stout biology professor Jim Burritt and his students came across something unusual. It was a bacterium no one seemed to have heard of. With help of experts at from UW-Madison, Burritt realized it was a new species that may contribute to hives dying in the winter.

"And especially when we started finding it in neighboring counties and even in neighboring states, we just thought this really deserves a closer look," Burritt said.

The professor and his team collected more than 3,000 samples of honeybee blood from hives across Wisconsin and Minnesota. The bacterium they named Serratia marcescens strain sicaria, or Ss1 for short, showed up in nearly half of all samples.

In samples from sick hives the bacterium showed up 73 percent of the time. Burritt said his results indicate Ss1 may have something to do with hives dying in the winter, but more research is needed to prove that.

"It seems an easy connection to us because we found the bacterium in bees that were sick and they were bees that were dying during the winter," he said. "But it’s really another thing to be able to say that this infection causes failure of hives during winter."