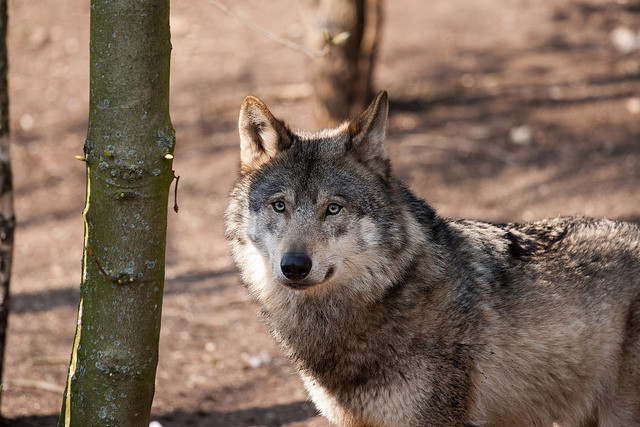 Species Currently Protected But Congress, Courts Could Change That
By Chuck Quirmbach
Share:

There's no wolf hunting or trapping season in Wisconsin this fall, but scientists and advocates have been debating over whether hunting and trapping of gray wolves should come back — either through efforts in Congress or in the federal courts.

Last December, a federal judge in the District of Columbia put the gray wolf in the Western Great Lakes region back on the endangered or threatened species lists, halting wolf hunts in Michigan, Minnesota and Wisconsin. The ruling came as part of a lawsuit filed by the Humane Society of the United States against a U.S. Fish and Wildlife Service move in 2009 that delisted the wolf in the three states.

The USFWS has appealed the judge's decision, and some members of Congress, mainly Republicans, are promoting bills that would return the gray wolf to delisted status. Sen. Ron Johnson and Rep. Reid Ribble are among them.

In recent weeks, scientists and researchers have been speaking up. Adrian Treves, a University of Wisconsin-Madison environmental studies professor, has co-authored a paper in the journal Biological Reviews that says by allowing hunters to shoot and trap wolves, Wisconsin legislators violated the Public Trust Doctrine that says governments must maintain natural resources for the use of current and future generations of the general public.

Treves said lawmakers and the state Department of Natural Resources set aside too many of the wolves for hunters, "without regard to other users, even those who would enjoy wolves aesthetically or their existence value, and tribes that would revere the wolf."

DNR officials declined comment on Treves' paper, but during the years that Wisconsin wolf hunts took place, the DNR said safe populations of the wolves were being maintained.

This week, Treves joined 28 other scientists in arguing that Endangered Species Act protection for the wolves should be kept. Treves contends a different group of scientists that released a pro-delisting letter last week misunderstood the finer points of law, public attitudes and scientific evidence.

Treves argues the popularity of wolves is high nationwide and said states may not be well-prepared to manage wolf populations if federal protections are removed again.

"We present the scientific evidence that there's a lot of questions about adequate state management of wolves," he said. "A lot of unanswered scientific questions."

The 26 pro-delisting scientists argued there is more certainty about the safety of taking wolves off the federal lists.

Former DNR wolf biologist Adrian Wydeven, now coordinator of the Timber Wolf Alliance at Northland College in Ashland, said the group has a message for Congress: "Just want to let them know that many of us feel wolves have recovered and they should be a state-managed species at this point," Wydeven said.

Various advocates are lining up behind the two groups of scientists. Rachel Tilseth, of Wolves of Douglas County Wisconsin, disagreed with Wydeven.

"Can states be trusted to manage wolves? I think not, and many other scientists agree that individual states cannot be trusted," Tilseth said.

She said many wolf advocates are trying to revive an idea rejected this year by the USFWS that grey wolves in Wisconsin be listed as threatened. That would still ban hunting, but allow livestock owners and others to use more non-lethal ways to control problem wolves.

The debate may continue for months, as both sides wait for more court action, or possibly, movement on legislation in Congress.