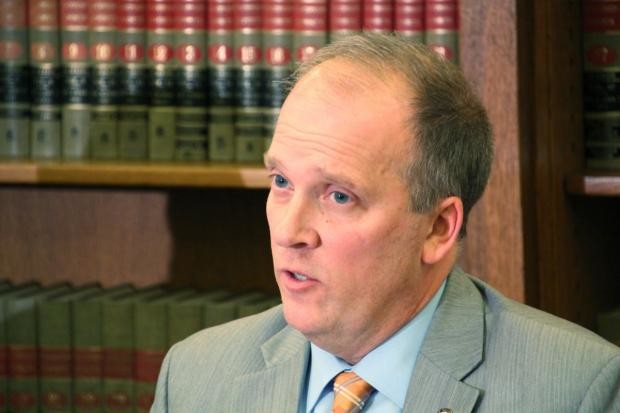 Attorney General Will Host Summit Wednesday On What Records Should Be Accessible To Public
By Scottie Lee Meyers
Share:

The day before hosting a summit on modernizing the state’s open government laws, Wisconsin Attorney General Brad Schimel said he understands the spirit behind the recent motion to withhold public access to records.

When the Legislature introduced sweeping changes to restrict public access to records earlier this month, Schimel was among the officials who voiced opposition to the changes, saying that they moved the state "in the wrong direction." However, he emphasized Tuesday that he sympathizes with officials who want to be able exchange ideas freely when coming up with a piece of policy, without having those nascent ideas going onto the public record.

Schimel said that he confronts the same issue in his own office, which has led him to avoid using email.

"I’ll go sit in my deputy attorney general’s office and we’ll have to talk through the issue because I don't want the early versions of what we’re discussing to become a public record, because ... sometimes my initial reaction to things, it doesn't look good. That's why I have other attorneys on my staff to help straighten it out and say, ‘Oh, that plan doesn't work, Brad.’" Schimel said.

By electing to bypass email communication in early discussions with staff members to avoid the potential for a public records request, Schimel said government becomes inefficient.

"It’s clear what I write for myself on a yellow notepad is a draft and I don't have to share that with anybody," he said. "But that’s not the most efficient way to do things. So why not consider the possibility that we just want to honestly let people within a particular government office share drafts back and forth until you produce what you're prepared to call a record for the public?"

Wednesday’s summit was planned before Republican leaders proposed the changes to restrict public access to records earlier this month.

Schimel said Wisconsin's outdated open records laws were last revised in 1981, before the Internet, email, text messaging and other modern forms of communication were used within government’s halls. Because of that, said Schimel, there are a lot of unresolved questions about what forms of communication are subject to the laws.

"We don't know whether a town board member can appear in a meeting via Skype or not," Schimel said. "We don’t know the extent to which emails and text messages are all public records or not. We didn’t have dash cameras on squad cars, much less body cameras on officers. There are real issues to debate about to what extent those are, or should be, public records."

Schimel hopes the discussions will lead to some consensus among elected officials, legal experts, members of the media and private citizens who will be at Wednesday's summit. Such a consensus, he said, would ultimately allow the Legislature to advance informed policy on a politically charged issue.

"As we saw with what happened just under a month ago, if you get this wrong it’s going to cause a lot of trouble. A lot of people are going to end up being the subject of editorials in the Sunday newspaper that don’t make you look good," he said.