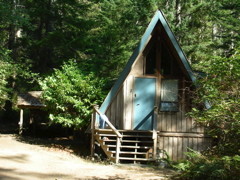 Saving For Your Retirement Is A Gift To Your Children
By Judith Siers-Poisson
Share:

Many people are looking forward to the day that they finish working and settle into retirement. But no matter the plans, most people want to be sure to have the funds to do what we want, when we want, in their later years.

However, for people who are both raising children and caring for aging parents, it can sometimes feel impossible to put money away for retirement.

Financial expert Frank Armstrong said that despite the burdens, saving is important even for those in the "sandwich" generation.

Armstrong, a certified financial planner and founder and president of Investor Solutions Inc., said that the situation these days for people looking to retire as opposed to years past. One important point is that unlike earlier generations, who might have been able to retire on just Social Security and a pension, he said that isn't an option for most people today.

“So, you’re on your own to save for retirement, and if you don’t, it’s likely not going to happen," Armstrong said.

Armstrong said that for most people, their income will increase over the course of their working lives. Paying down debt is important, and it’s better to pay down debt that is costing a person interest instead of putting money into a low-earning savings account.

He said it’s also important to exercise some discipline. As income goes up, and debt goes down, he suggests people use that as an opportunity to save for retirement instead of increasing spending.

Saving for retirement has often taken a backseat for parents with children approaching college or in the midst of their studies. Add in that many young people who are out of school are struggling to find good-paying work, and that obligation is continuing longer than expected.

Armstrong said he feels that “love, education and values” are what parents owe their children. So that may very well mean saving for their college education while also putting away funds towards their own retirement. While college can be a huge expense, the earlier a person starts saving, the better off they will be. And that’s true even if it’s not huge amounts at a time, he said.

Balancing saving for college and for retirement can be tricky enough, but add in also caring for aging parents and it can feel overwhelming. Half of all adults between 40 and 59 are supporting either a child or an aging parent, and one out of seven in that age range are supporting both, Armstrong said.

“It’s a big problem for a lot of people.  … and it can cause quite some angst. But there are ways to deal with that,” he said,

The Kiplinger financial magazine has great ideas for how the people can care for their aging parents, as well as advice on helping college-aged and grown children who can’t find work.

Armstrong said that the importance of saving will also help a person's own children someday.

“If you don’t save for your own retirement, you’re likely to be dependent on your kids. And most people … would really hate to be dependent upon their children," he said.