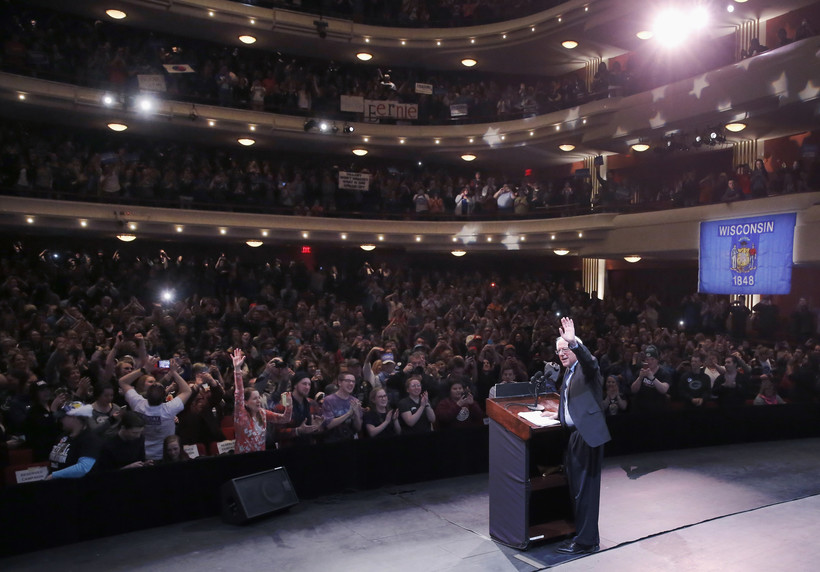 Nearly 4,000 people filled the Fox Cities Performing Arts Center to capacity to see Sanders. The U.S. senator from Vermont spoke for roughly an hour, devoting much of that time to income inequality and the campaign finance system. He specifically condemned the influence that the Citizens United v. FEC Supreme Court ruling has had on campaign finance, saying it's meant that billionaires can "buy elections."

"The Koch brothers and a handful of other billionaires will be spending some $900 million in this campaign cycle in order to elect a candidate who will represent the wealthy and the powerful. That isn't democracy, that is oligarchy," said Sanders.

Sanders also condemned voter ID laws, saying that it needs to be easier for people to vote.

"If elected president of the United States, we're going to take on the Scott Walkers and all these people," he said.

As for Trump, Sanders said he will not be elected "because the American people do not want a president who insults Mexicans and Latinos, who insults Muslims, who insults women and veterans."

Sanders spoke in the wake of three wins in Alaska, Hawaii, and Washington state this weekend.