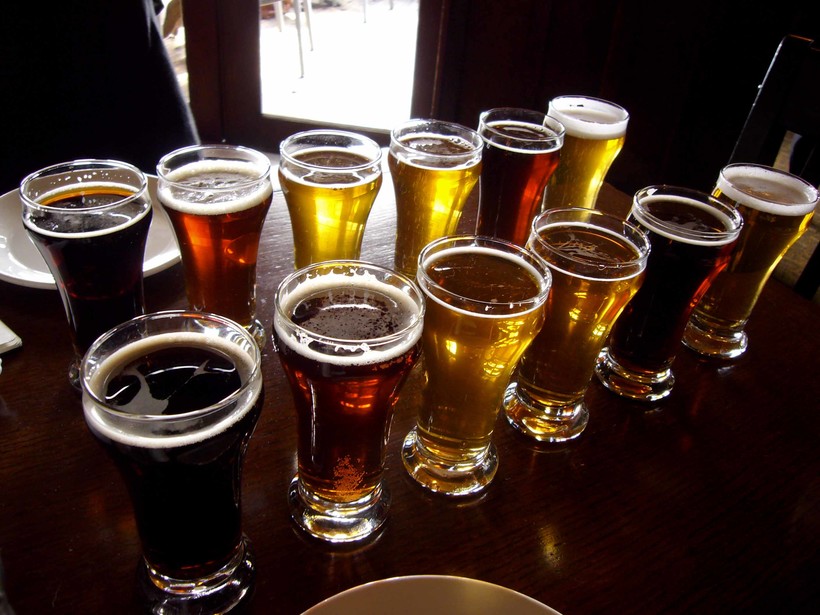 With calendars now flipped to October, fall has arrived with gusto and brought with it mild days, crisp nights and a delicious variety of seasonal beers.

Just as autumn's chill requires more layers of clothing, palettes too seem to appreciate the warmth that comes with the heavier beers this time of year. (Wave goodbye to summer’s light and bubbly pilsners).

Robin Shepard writes the "Beer Here" column for The Isthmus, a weekly look at what breweries across the state are pouring, and is the award-winning author of several books about Wisconsin’s beer makers. He said one of the season’s most popular beers is the classic Oktoberfest.

Over the centuries, the event evolved into almost exclusively a beer festival with its trademark Oktoberfest style of beer. Shepard described it as a well-balanced beer with a firm, malty backbone that offers a semi-sweet flavor and hints of caramel. It’s rich and smooth, he said, and sometimes provides a kiss of hops.

Shephard also shared a few more of his picks for fall seasonal beers made in Wisconsin:

Another popular pour this time of year is pumpkin beer. Shepard said it’s an acquired taste and recommended Milwaukee-based Lakefront Brewery’s Pumpkin Lager for its aroma bocquet, and the fact that it doesn’t taste like a piece of pie in your glass.

"When you taste a pumpkin beer like Lakefront, you should get some wonderful aromatics right off the bat. You should sort of sense that clove and nutmeg and cinnamon to your nose and then that will carry through into the flavor," Shepard said.

"This is one of those seasonal beers that is always on my short list of beers to pick up every year," said Shepard.

This season beer brewed in Madison, said Shepard, is a robust doppelbock with hints of caramel and chocolate. At almost 8 percent alcohol by volume, it packs a powerful punch.

"When I think of fall beers, I love the browns, the deep, rich, bronze-colored beers, and this is one that just sort of speaks to me in terms of what I want in a good fall beer with a sweet malty backbone and with a little bit of an alcoholic warmth to take away those chills," Shepard said.

Given that Wisconsin produces more cranberries than any other state in the nation, it should come as no surprise that brewers have infused the fall flavor into beers. Sand Creek Brewing is located in Black River Falls, the heart of cranberry country.

This German-style ale is brewed with real Wisconsin cranberries. Shepard said it’s not as sweet as you might expect and provides a more balanced tartness with its finish.

It was originally brewed to coincide with the Warrens Cranberry Festival. Shepard said the brew process involves adding frozen, cranberry concentrate into the beer kettles, a clump that he’s heard the brew master’s refer to as a "cranberry iceberg."