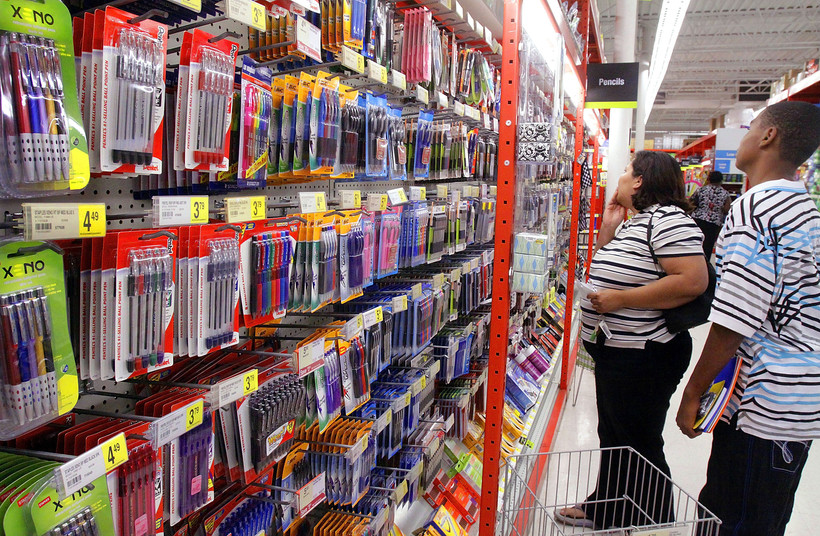 In this Monday, Aug. 24, 2009 file photo, parents and students shop for back-to-school supplies at the Staples Office Supply store in Springfield, Ill. It's that time of year again. Millions of parents are about to embark on the annual scavenger hunt known as back-to-school shopping. Seth Perlman/AP Photo

Sales Tax Not Taking A Holiday This Year

Walker's Back-To-School Tax Break A One-Time Program, Will Not Be Pursued Again
By Corrinne Hess
Updated:
Friday, August 2, 2019, 10:20am
Share:

Back-to-school shoppers will not be getting a sales tax break this year. The Evers administration will not pursue another sales tax holiday like the one former Gov. Scott Walker implemented in 2018.

"Parents are going to be out there purchasing their kids' supplies whether they have an incentive or not," Evers said. "I don’t think an incentive that actually worked."

Sales tax holidays are annual events in many states. Last year, 17 states participated. Walker signed a bill in April 2018 creating a one-time $100-per-child tax rebate and the summer sales tax holiday. At the time, Walker said the rebate and holiday would help Wisconsin families with the cost of raising children.

A spokeswoman for Evers' said the state Legislature would have had to authorize a bill to create a sales tax holiday this year.

Representatives from the Wisconsin GOP did not immediately respond to requests for comment.

Lt. Gov. Mandela Barnes called the sales tax holiday a political game that no longer needed to be played.

When Walker implemented the tax holiday, it was expected to cost the state nearly $15 million in lost revenue.

Editors Note: This story has been updated to reflect the Walker administration's sales tax holiday was a one-time event.