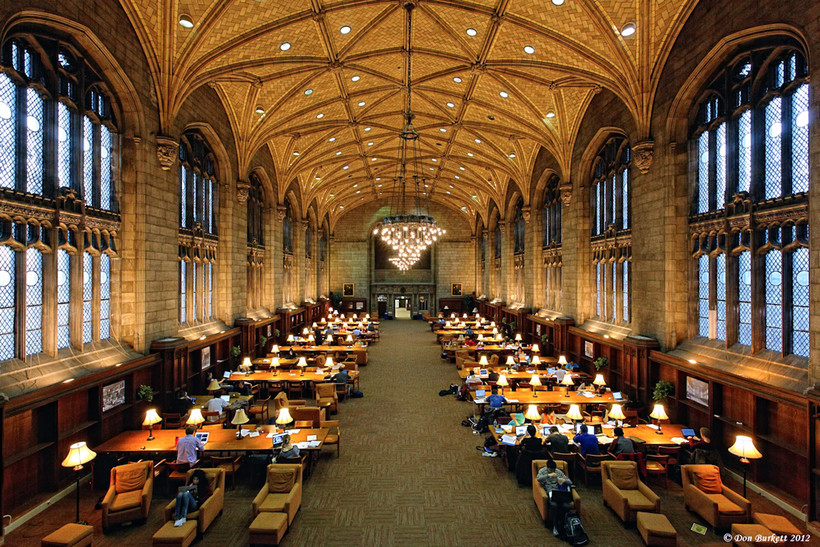 Trigger warnings and safe spaces on college campuses have sparked a debate in the academic community recently, with some universities embracing the concepts while others refuse to support them.

The University of Chicago took a firm stance on the issue in its opening letter addressed to the 2020 freshman class.

"Our commitment to academic freedom means that we do not support so-called 'trigger warnings,' we do not cancel invited speakers because their topics might prove controversial, and we do not condone the creation of intellectual 'safe spaces' where individuals can retreat from ideas and perspectives at odds with their own," the letter stated.


In a welcome letter to freshmen, the College made clear that it does not condone safe spaces or trigger warnings: pic.twitter.com/9ep3n0ZbgV

But the University of Wisconsin-Madison takes a different view. It launched a new pilot program, "Our Wisconsin," this fall with the goal of reducing incidents of hate and bias on campus.

Donald Downs, a retired UW-Madison professor of political science, said both approaches have elements vital to maintaining academic freedom in universities, but a balance between freedom of speech and protecting the civil liberties of individuals needs to be found.

"If we are only exposed to ideas that we agree with, there's really no intellectual growth," Downs said.

The ultimate goal of universities isn't only exposure to multiple viewpoints and ideas, but also to encourage students to strive to understand different ideas by providing the tools to process them. And students shouldn't say they feel unsafe because there's an idea they don't like at a university, Downs said.

In regards to safe spaces — where students from marginalized groups can come together to feel comfortable and harassment isn't tolerated — Downs said there needs to be a definition to the extent of what these spaces cover. While safe spaces are necessary for people to recharge, opposing ideas don't necessarily violate the sanctity of the safe space, he said.

"The clear line is that if someone engages in something that constitutes a threat ... those are things that should be discouraged," Downs said.