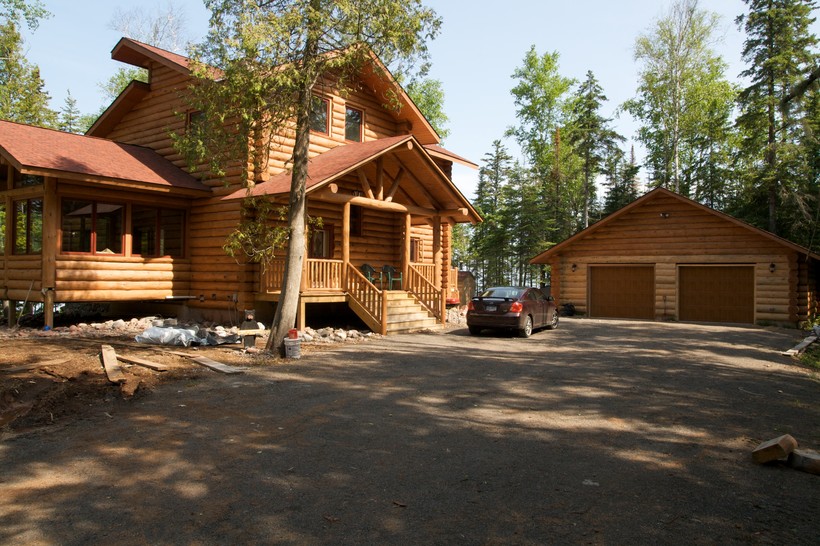 A cabin in northern Wisconsin.

A new study says that more first or second homes are being built in Wisconsin's rural areas, raising concerns about fire risk and loss of animal habitat.

Officials with the University of Wisconsin-Madison and U.S. Forest Service have been looking at what's called the "wildland-urban interface." Their report finds the number of primary or vacation homes being built in or at the edge of wild vegetation or lakes continues to grow — now consisting of about 10 percent of Wisconsin's land area.

Volker Radeloff, a UW forest and wildlife ecology professor, said he understands people wanting to be close to nature, but said that raises the risk.

"If we have more people in an area, we will get more fires because most of the fires are ignited by people," he said. "Many of them, accidentally: A grill topples over or people burn some brush and the fire gets away from them."

Radeloff also said that once a fire starts, there's more at stake. People need to evacuate, and homes might burn.

"Some wildlife respond negatively to just the light and noise and that type of disturbance. Invasive species are associated with development because the soil is disturbed and then, when landscaping happens with non-native species, they also spread," he said.

Radeloff also warned that when a lot of trees are cleared to build a house or roads, bird nests are disturbed and the forest is fragmented.

He said Wisconsin's increase in wildland-urban interface is similar to that of other Midwest states, but that Badger State has more seasonal or vacation homes.

Radeloff also said when development projects go before local zoning boards, local officials should try to minimize fire risk and environmental harm. He said as more baby boomers retire, pressure will continue to build homes in the interface and test how much people want to protect nature.