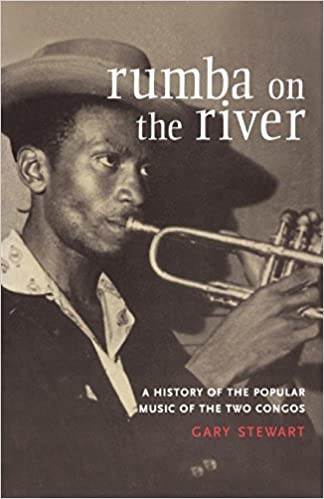 Rumba On The River

Consider These World Music Recordings for Your Library
By Jonathan Overby
Share:

Author Gary Stewart offers a "history of the popular music of the two congos" through an insightful-inside analysis of Congolese Rumba, a form of African musical expression that would alter the path of African music-making with dance infused music layered with social and political commentary.

"There had always been music along the banks of the Congo River—lutes and drums, the myriad instruments handed down from ancestors. But when Joseph Kabasele and his African Jazz went chop for chop with O.K. Jazz and Bantous de la Capitale, music in Africa would never be the same. A sultry rumba washed in relentless waves across new nations springing up below the Sahara. The Western press would dub the sound soukous or rumba rock; most of Africa called (it) Congo music.

Rumba on the River presents a snapshot of an era when the currents of tradition and modernization collided along the banks of the Congo. It is the story of twin capitals engulfed in political struggle and the vibrant new music that flowered amidst the ferment." - Gary Stewart (other