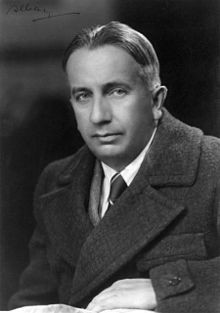 In the years leading up to World War I, concert disturbances brought on by clashing musical tastes became commonplace in Europe, and Italy was no exception.

A patron asked Alfredo Casella to conduct a concert of contemporary music in the Teatro Augusteo. He prepared works by Jean Roger-Ducasse, Albéric Magnard, the first Italian performance of Ravel’s Daphnis and Chloe Suite No. 2, his own Notte di maggio, and Stravinsky’s Petrouchka--a rather risky program to put before Roman audiences of the day.

The first several pieces encountered a “glacial” reception, but Petrouchka, which had forced Casella to fight the orchestra’s resistance during rehearsals, elicited a more friendly response.

An attempt to protest the modernisms failed when someone yelled, “Down with Wagner! Cheers for Stravinsky!”

By the spring of 1915, another cause of musical disruption had emerged in Italy--the dispute between those who favored the country’s entry into the war and those who wanted Italy to remain neutral.

The Café Aragno was a focal point of life in Rome, and became the setting for nightly skirmishes between the factions. It became routine for chairs and other furnishings to take wing until the police arrived and shut the place down.

Casella thought it was safe to give a piano recital at the Sala Pichetti until one night when he was playing the Variations on a Theme of Rameau by Paul Dukas. As he played, he heard an ardent pro-German professor exchange words with some young men who retaliated by driving him out of the hall. As Casella played the Interlude, a fight broke out in the back of the hall, and he stopped, waiting for the din to die down.

An agitated young man rushed through the main door and shouted to him, “Play the Royal March!”

Thinking that it might restore order, Casella obliged, much to the amusement of two front row attendees who had already seen their share of concert disturbances—ballet impresario Serge Diaghilev and composer Igor Stravinsky.