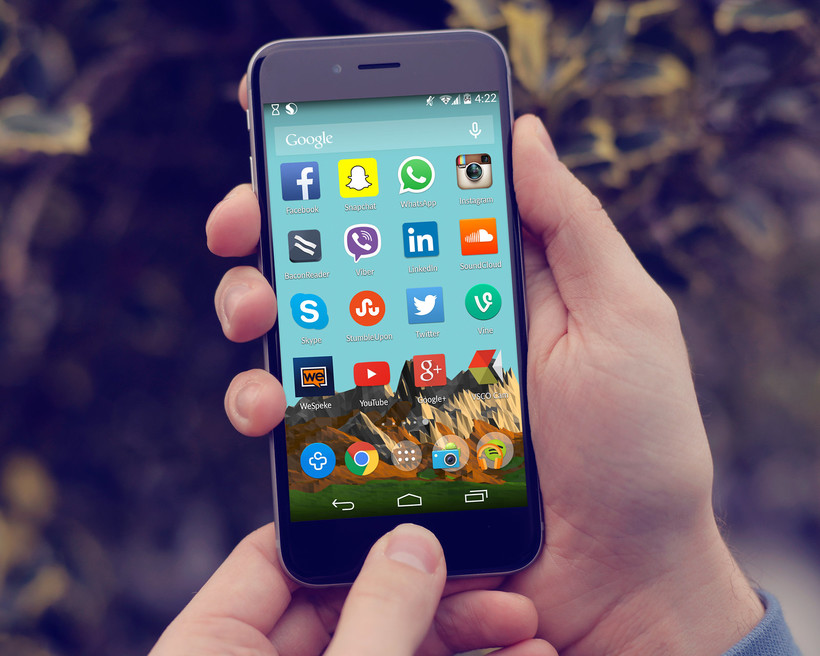 Mike MacKenzie via www.vpnsrus.com (CC BY) Image via

At The Root Of Your Procrastination? Your Emotions

It leads to negative feelings such as increased stress and disappointment, says Fuschia Sirois, a psychology professor at the University of Sheffield in England where she studies procrastination and perfectionism as health risks.

Yet people continue to do it, and it’s because procrastinating has a lot more to do with moods and emotions than it is a side-effect of laziness.

"We don't have an effective way of managing the negative feelings that we have about a particularly boring or aversive or challenging task," Sirois said. "And the best way to manage those moods is to put the task aside because we feel better."

Sirois, who has been studying the medical effects of procrastination for more than 15 years, said chronic procrastinators tend to be more stressed and experience more headaches, stomach issues, insomnia, muscle aches, pains, flues and colds.

"They also tend to not look after their health very well, so they’re not really good at following through with exercise regimens or diet regimens," she said, noting that can lead to other health risks such as heart disease.

Procrastination is stigmatized as lazy and those suffering from it are often told to better at time-management. But that’s hardly the solution, Sirois said. In fact, procrastinators are actually pretty hard on themselves, and if they're given critical feedback on their knacks for putting things off, they won’t find it encouraging.

Compounding their relationship with unpleasant tasks, procrastinators carry negative feelings from past procrastinations into new scenarios. The baggage from past experiences makes the procrastinator feel worse, and because they can't effectively handle their emotions, it further feeds a cycle of them disengaging from the task at hand.

"You’re almost kind of thinking, 'The future me will be better at managing all these negative emotions ... the future me is going to be more focused,'" she said.

While all forms of procrastination are considered delays, the reverse isn't necessarily true — for example, it's not procrastination if your boss asks you to move onto a new assignment before your current one is completed.

"It has to be voluntary," Sirois said of procrastination. "It has to be something you decided to do and it’s done knowing there’s negative consequences."

And while delays might be made for good reason, there’s never a positive side to procrastination, Sirois said.

Debunking another stigma associated with laziness, Sirois said the homes of procrastinators are often very tidy. That's a testament to how the short-term pleasure of a clean house serves as an escape from other more menial or resented tasks.

"Everything’s organized because that big task that they’re supposed to be doing that they’re procrastinating on, they’ll go find something else such as completely cleaning out the garage and alphabetically organizing all the spices on their shelves," she said.

Chronic procrastinators might be perfectionists, too, resulting in them not engaging with a project unless they can commit 100 percent of their efforts to it.

In cases such as these, Sirois said that perfectionists should strive to understand that it’s OK if the completed task isn't perfect and having that mindset will quiet anxiety that might otherwise lead to procrastination.

Also, a focus on the positive outcomes of doing an unpleasant task, for example if it’s helping you learn a new skill, can encourage action and replace negative feelings.

Bigger tasks that procrastinators have to complete should be pieced out into smaller, more attainable goals that will satisfy the rewards center of the brain.

"If you’re always focused on the end outcome and it’s really far down the road, that’s pretty much a recipe for procrastination," she said.

Procrastination Has Nothing To Do With Poor Self-Control 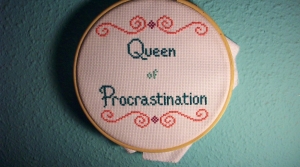 The next time you find yourself avoiding a task you’ve been dreading, journaling about it might serve you better than downloading a new time management app or making yourself a stricter schedule. Procrastination has deeper roots than time management. It’s about emotions fear, anxiety, self-doubt...