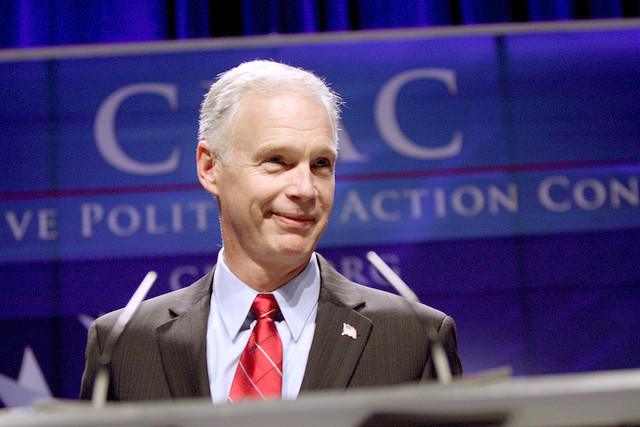 Johnson Says That No Matter The Outcome, He'll 'Win Either Way'
By Shawn Johnson
Share:

Wisconsin Democrats and Republicans are looking ahead to the 2016 general election, when U.S. Sen. Ron Johnson will face what he admits will be a difficult re-election battle.

Johnson was speaking to a Republican crowd at a recent town hall when he was asked what keeps him going when so many longtime lawmakers lose their punch. Johnson responded that he was definitely a “horse of a different color” in Washington, D.C., and said he missed his old life.

Then, on his own, he brought up his re-election.

“Come November, whatever day it is in 2016, I will guarantee you I will be the calmest on Election Night,” Johnson said. “I win either way. I either get back my life that I miss, or...”

After long pause, Johnson gathered his thoughts and continued.

Tim Dale, University of Wisconsin-La Crosse political science professor, said he takes Johnson at his word when the senator says he won't change his positions just to get elected.

“I think every indication that we've received from Johnson is that he represents a more conservative side of the Republican Party,” he said.

Dale said that will protect Johnson from the kind of conservative primary challenges that have plagued incumbent senators in other parts of the country, but it likely won't help him in a general election. Dale said national Democrats will go after Johnson.

“They see Wisconsin as a place where Democrats can easily win, and those would be the places that are targeted first and foremost,” he said.

Helping Democrats, Dale says, will be an electorate that looks much different in 2016 than it did when Johnson was first elected in 2010. Turnout is much higher in presidential years, and that has historically favored Democrats in Wisconsin.

Already a couple Democrats have hinted that they might run against Johnson, including U.S. Rep. Ron Kind, D-La Crosse, and former U.S. Sen. Russ Feingold.