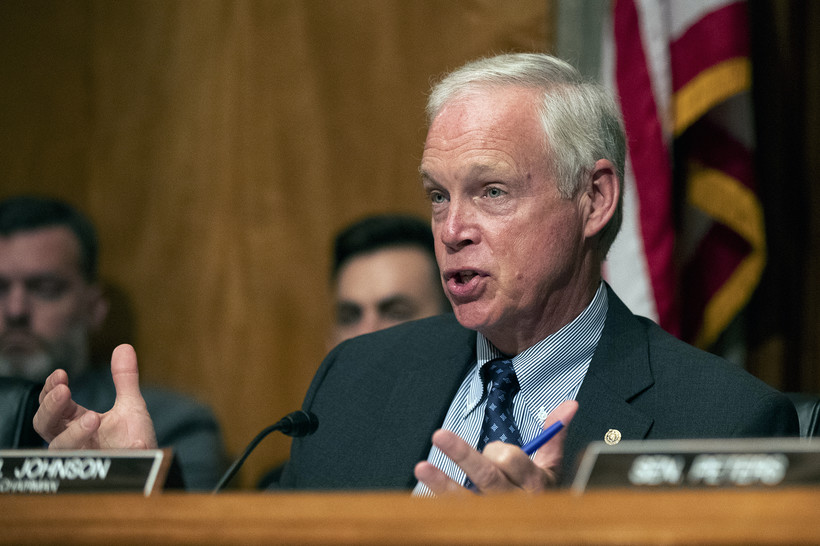 Ron Johnson: Trump Has Not Done Anything Impeachable But Senate Trial Likely

"There has been some real damage being done, and partly it is the ongoing dedication of the left to sabotage the administration," Johnson said.

Johnson has been a staunch supporter of the president since a scandal broke in September over Trump’s phone call with Ukraine President Volodymyr Zelensky.

An intelligence community whistleblower complaint led to the revelation that Trump asked the Ukrainian president to investigate the family of former Vice President Joe Biden. Trump and his supporters, including Johnson, argue there was no quid pro quo offered.

On Monday, the Washington Post reported Johnson met with Ukrainian diplomat Andrii Telizhenko for at least 30 minutes in July. Telizhenko told the Post he and Johnson talked about an unsubstantiated claim that Ukraine interfered in the 2016 election.

Johnson said despite his close involvement in Ukraine issues, he won’t recuse himself if there is a Senate impeachment trial. Johnson said the individuals who elected him deserve his voice and vote, according to the Associated Press.

Johnson also said he would be "happy" to provide his firsthand knowledge of events and conversations involving Ukraine to U.S. House members conducting the impeachment probe, according to the AP.

During the interview Wednesday, Johnson said there could be a Senate impeachment trial.

"It seems like the House is pretty dedicated, as they have been, ever since (House Speaker) Nancy Pelosi took control, to bring down this president," Johnson said. "I warned the electorate if you put Nancy Pelosi in charge of the House, it’s not going to be good governance. It’s going to be about investigation and impeachment. And that’s what is playing out here so there is probably a good possibility that is what will happen."

On Monday, Pelosi announced in a letter to Democrats that the House would vote to formalize the procedures in the ongoing impeachment inquiry of Trump.

The resolution will outline the terms for public hearings, the disclosure of deposition transcripts, procedures to transfer evidence to the House Judiciary Committee and due process rights for Trump, according to NPR.

The resolution is expected to be released Wednesday, with a House vote Thursday.

Johnson has a unique role as chair of the Senate Foreign Relations Subcommittee on Europe and a member of the Senate's Ukraine Caucus. Johnson said he has visited Ukraine six times.

He said he has done everything he can to support the "courageous" people of Ukraine.

"These individuals want what we have," Johnson said. "They want greater freedom. They would like a government with a whole lot less corruption. And so, I’ve been supportive and promoting support."