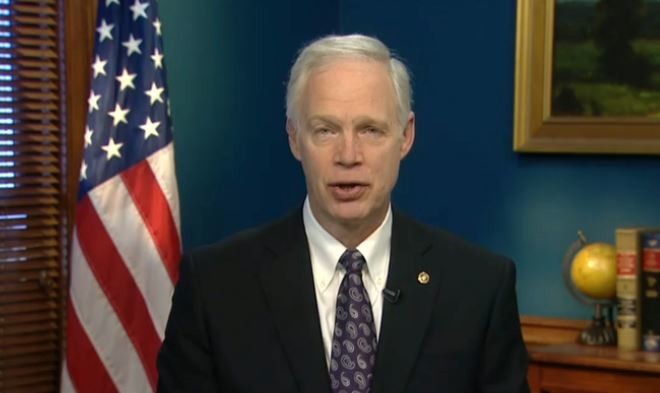 "I'm very wary of Vladimir Putin," Johnson said. "There have been close to 30 suspicious political assassinations since he has taken power."

Johnson called Russia an "unfriendly adversary" and said he did not want them to become an enemy.

President-elect Donald Trump has praised Putin and called for an investigation of intelligence leaks to NBC News. Johnson said he was also concerned with those leaks.

"I'm not happy with the fact that it looks like there's going to be a disconnect between the incoming administration and the intelligence community," Johnson said. "That issue has to be repaired quickly because the next administration has to have good intelligence to keep this nation safe."

Johnson disputed the idea his position was at odds with Trump, saying people were making too many assumptions about Trump’s policies toward Russia.

Johnson also said he supports Trump’s nomination of former Exxon Mobil CEO Rex Tillerson to be the next secretary of state despite Tillerson’s connections to Putin. Johnson said Tillerson had a different role as head of Exxon than he would as the country's top diplomat.

"I think he actually is an outstanding selection," Johnson said. "His background globally, his experience in the energy field, his relationship with world leaders around the globe in a very detailed fashion, working on oil exploration and other things. I think he really has an excellent background and experience level, and I have no doubt that he will be loyal to the United States of America."