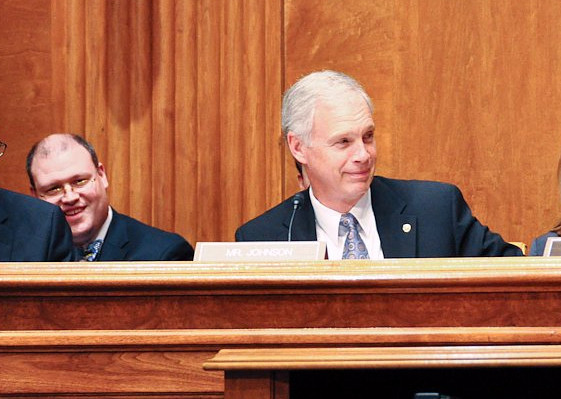 U.S. Sen. Ron Johnson (R-Wisc.) told a town hall crowd northeast of Madison Wednesday night that the federal government had done more harm than good in education and was to blame for out-of-control student debt.

Speaking to a mostly Republican crowd in the town of Bristol, Johnson received his biggest applause of the night when he said he was “utterly opposed” to the federal government offering financial incentives to public schools to change what they teach.

“I think the federal role in education really shouldn't even exist. There's no reason for it whatsoever,” he said.

Johnson also blamed the federal government for the cost of higher education growing faster than inflation, saying the government had encouraged students to take on debt that they can't afford for degrees that don't necessarily suit them. Speaking after the town hall, he said the nation's student loan debt was “tragic,” but he was concerned with recent proposals to forgive that debt.

“I've got a problem where you've got kids coming from an affluent background, taking advantage of all these student loan programs and grants for higher education, and who's paying for that?” he said. “In many cases, working class families – the middle class who aren't going to college.”

Johnson said this was another area where the federal government needed to be less involved.

“I'd like the federal government over time to remove itself from the funding mechanisms of college education,” he said. “I think it's done a great deal of harm – very unintended negative consequences.”

Johnson said he thought there should be more of an emphasis on certifications than on four-year degrees to help reduce student debt going forward.