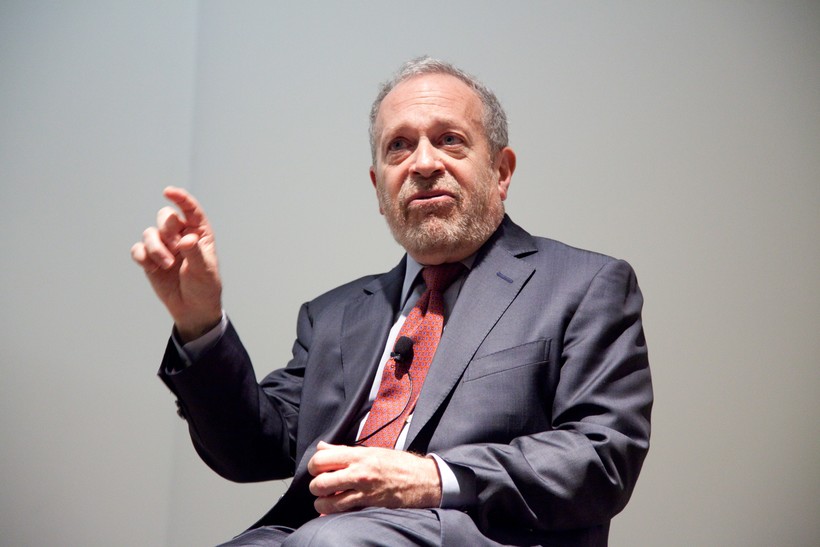 When voters are scared and feel like the economic system is rigged against them, Reich said, they’re going to turn in one of two directions:

"Either to a straw man who is authoritarian and who says, ‘Look, I'm going to be a bully toward all of the people who have bullied you. And just follow me, don't worry about my policy’ ... or, they’re going to turn to somebody who says, ‘Look, we’ve got to come together and make a political revolution," he said.

Either way, said Reich, the popularity of both candidates is a "warning shot over the bow" of the establishment parties, both Republicans and Democrats. The insurgent campaigns, he said, were borne out of the desperation of the middle class, two-thirds of whom live paycheck to paycheck.

Reich, currently a professor of public policy at the University of California at Berkeley, recently endorsed Sanders for president, despite the fact that he previously worked in President Bill Clinton’s administration. He said Sanders economic policies are absolutely realistic and will "reclaim America for the many, not the few." However, he added that should Clinton win the nomination, he will throw his full support behind her.

While he supports the anti-establishment candidate of the Democratic party, Reich said he’s deeply concerned about the rise of Trump and the voters who support him.

"They are fomenting this backlash against the establishment in some very ugly ways that is leading to polarization, and name calling, (and) racism, and tarnishing America's moral authority around the world — which is also bad for American business," he said.

If the Republican establishment allows that to continue, Reich predicted, it will splinter the GOP and will lead to a "continued parade of demagogues."