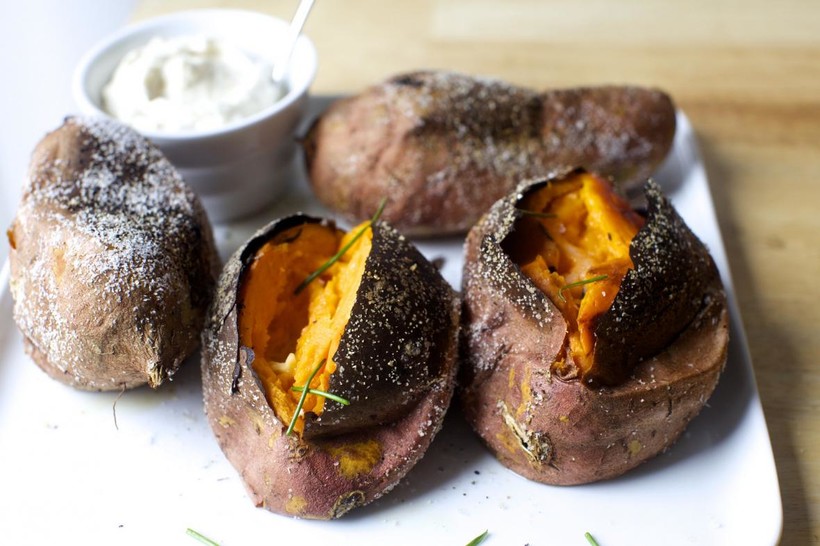 It’s officially fall, marking the time of year where it’s safe to turn the oven back on and start cooking with the warm, comforting foods of the season. Heartier vegetables like squash and sweet potatoes are stepping in to take the place of the tomatoes, peppers and zucchini that dominate the summer.

What do you do to enjoy the bounty fall has to offer?

Roasting does wonders for bringing out the flavor of the season’s vegetables, but to really concentrate that flavor, Deborah Perelman, cookbook author and creator of the food blog Smitten Kitchen, suggests bringing down the heat and cooking over several hours.

"I found that instead of cooking it for 45 minutes or an hour at like 375 or 400 or even 425, that by cooking it at like 275 for ... two and a half to three hours it concentrates the flavor so nicely and it gets sweeter and so complex inside," she said.

The goal of this method is not to get the texture and char that comes with roasting at a higher temperature, but to really bring out the unique flavor of a vegetable, Perelman said.

"(It’s) a very pronounced ... more itself flavor and you can take something that's maybe just OK produce and give it a lot more depth," she said.

Take a sweet potato. Perelman slow roasts them with the skin on, a little bit of olive oil and salt and pepper. Leaving the skin on traps the moisture inside while it cooks, she said.

"It takes something like a sweet potato and it made it like something that I didn't even want to put more than a pat of butter on because it was so nuanced and complex and the skin gets really crunchy," she said.

For bigger vegetables like eggplant or squash, Perelman sometimes cuts them in half, and coats it with olive oil and salt on all sides, to speed the process along. To cook a whole eggplant takes nearly three and a half hours at 275, whereas halving it drops the time down to about two hours.

Though she prefers the result of cooking vegetables whole.

"Aside from the shrunken shriveled appearance, I like that when you cut open the skin you have this really neat texture inside that just needs a little bit of dressing to make it like kind of a special vegetable," she said of the eggplant.

Winter squash is another star vegetable to slow roast, Perelman said. While her Squash Toasts with Ricotta and Cider Vinegar doesn’t call for slow roasting the winter squash, it's great to spread on a good, thick piece of grilled bread, she said.

"And what's really nice, is you make these kind of jammy onions with cider vinegar that kind of almost tastes like a reduction when you're done," she said. "When you have it you're like why would I ever eat anything else."