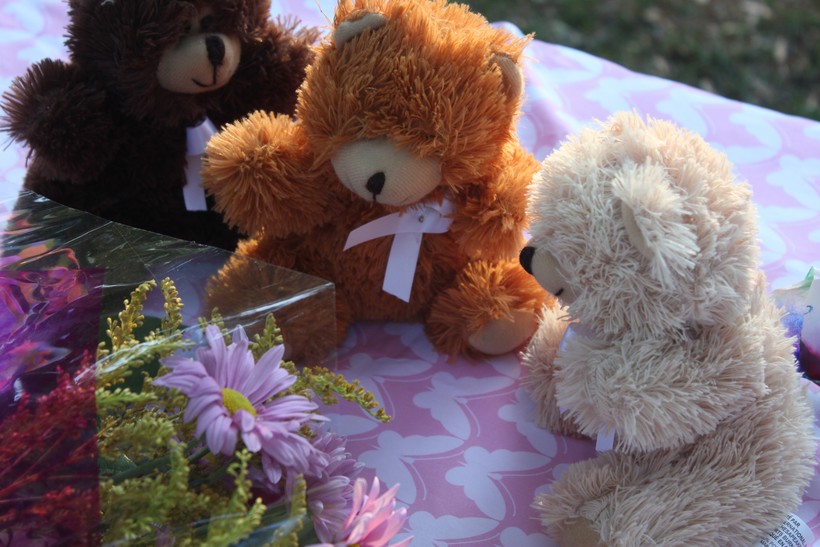 There was three minutes of silence among the crowd at Glenn Park in River Falls Wednesday night – one minute for each of the three lives cut short this week.  Hundreds of mourners at the candlelight vigil honored 11-year-old Amara, 8-year-old Sophie and 5-year-old Cecilia Schaffhausen, who were found dead Tuesday afternoon. The girls' father, Aaron Schaffhausen, has been arrested and is expected to face murder charges.

Mourners say the vigil is the first step in the healing process for the community of River Falls.

Tom Nelson’s daughter was on a soccer team with Amara Schaffhausen.  He says the hurt from this tragic event has hit River Falls hard. “You have a true connection where sometimes in bigger cities or news stories from far away, you don’t have that connection and you don’t feel the emotion,” he says.  “It truly hits home, literally.”

For small cities like River Falls, this kind of crime is rare, which makes it all the more painful.  Police Chief Roger Laquee says it's the worst crime he's seen in 34 years.

Wayne Warnke drove the school bus for two of the Schaffhausens.  He says he’ll miss the girls when school is back in session but he and the city will move on.  “It won’t change what River Falls is,” he says.   “The community will come together, it’s been a fine community, it’ll be a fine community and that’s the only upside to it, is that it brings people together for all the wrong reasons.”