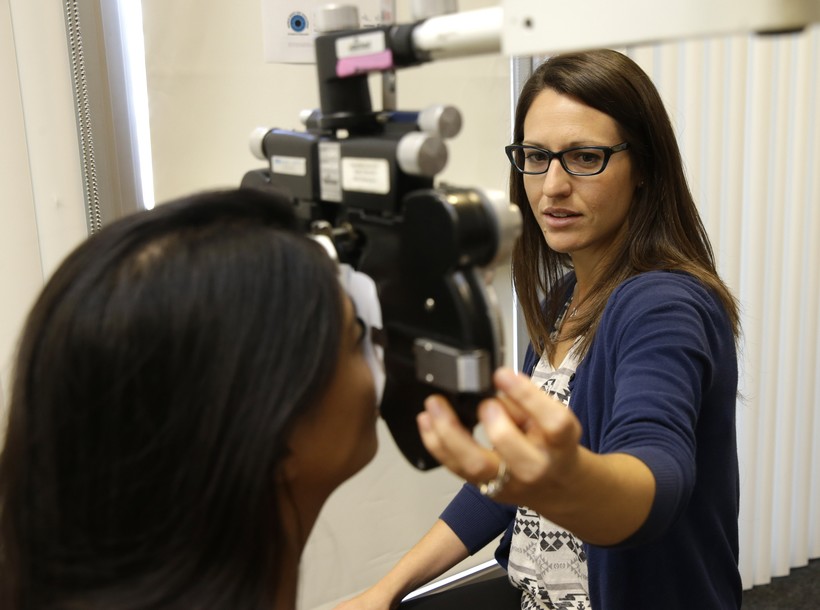 Since the start of the 20th century a person’s chance of getting age-related macular degeneration has declined significantly, according to a University of Wisconsin-Madison eye doctor studying the disease.

Since 1988, researchers have followed more than 4,800 adults in Dodge County, between the ages of 43 and 84, who were at risk for age-related macular degeneration. Risk factors include being older than 50, having a family member with the disease and smoking, according to the American Academy of Ophthalmology.

"We had a unique opportunity here in Wisconsin because the community of Beaver Dam has been participating in this eye study since the late 1980s," said Karen Cruickshanks, lead author of the study and professor of ophthalmology and visual sciences at the University of Wisconsin School of Medicine and Public Health. "Community response has been tremendous."

Over the course of three decades, researchers studied multiple generations. With baby boomers now turning 65, there's been concern cases of age-related macular degeneration would soar. But the study published in JAMA Ophthalmology showed this generation has a 60 percent lower chance of losing their eyesight to the disease than their parents.

Cruickshanks said this is good news for baby boomers, especially those who’ve witnessed how difficult it was for their parents to cope with macular degeneration.

Macular degeneration is the leading cause of vision loss in older adults. A person can’t see looking straight ahead because the center part of the retina is damaged, according to the American Academy of Ophthalmology.

Unlike cataracts, which can be treated surgically, it’s hard to treat macular degeneration successfully, so there’s a high risk for vision loss.

"There’s new treatments emerging all the time so there’s been tremendous progress made, but for many people there is vision loss with this disease, so it’s a very important disorder," Cruickshanks said.

The study doesn't pinpoint a particular reason for the decline in risk of getting the disease. The study controlled for changes in smoking behavior and heart disease, but that did not explain the drop.

"So there must be some other factors that we’re missing," said Cruickshanks. "And there’s been a lot of speculation that as we’re living longer, health has improved because of the cumulative changes that have occurred throughout the 20th century — improvements in water and air quality and nutrition, in maternal and child health care care. So you get a better start in life, all this may play a role as well as improvements in medical care."