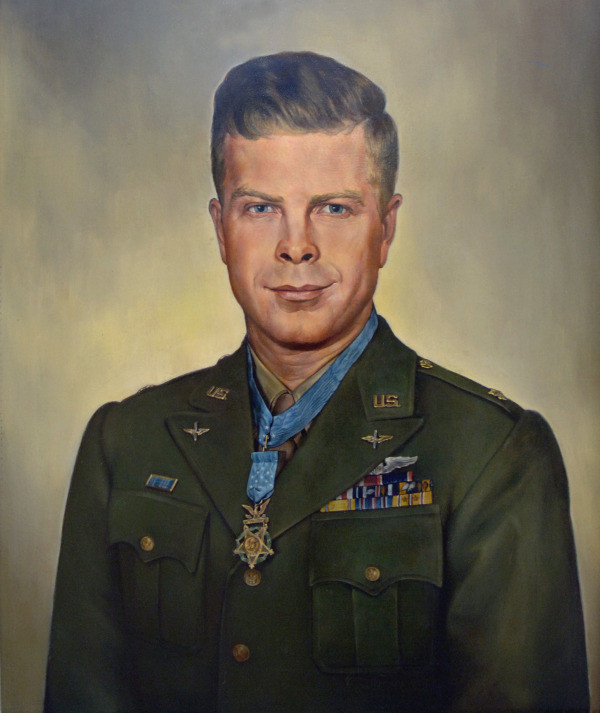 Wisconsin's Major Richard Bong was pinned with the Medal of Honor by General Douglas MacArthur. He had 40 enemy planes shot down, making him America's leading ace fighter pilot in World War Two or any war before or since. For his own safety, Bong was ordered home from the Pacific at the beginning of 1945.

Bong's sisters Gerry and Joyce say for the first time since 1941, their parents could breathe a sigh of relief. He was safe, back home on the family farm in Poplar.

"Mom was real glad when he was finally coming home to stay," said Joyce. "But at the same time he had seen the new jet when he was back after breaking Rickenbacker's record and he knew he had to fly that plane," said Gerry. Joyce added, "And so, that's what he asked for."

"That plane" was a top secret fighter jet: the Lockheed P-80 Shooting Star. Richard Bong wanted to be a test pilot on this revolutionary craft that would take the Air Force into the jet age.

But the aptly named Shooting Star was plagued with design problems. It had crashed more than a dozen times, killing several pilots since it began flying in 1944.

Carl Bong writes in his book "America's Ace of Aces" that his brother knew all that, but also knew that the P-80 was the hottest thing in the air. In June 1945, he was transferred to the Lockheed base in Burbank. He flew 11 test flights totaling more than four hours.

On August 6th, just four days after another pilot was killed testing the Shooting Star, the 24 year-old Bong readied for another flight. The night before, he told friends at a dinner party that he never worried about such things as crashes.

He had written his old wingman Ralph Wandrey about coming to Burbank and flying these jet fighters. So Wandrey transferred from Perrin Air Force Base in Texas.

"Just as I was finishing saying goodbye to my buddies and Perrin Field, the news came over the radio that Dick had been killed," he said. "And, that chopped things short. And after discussing it with my wife, why, as I say, I figured well I'll spend the rest of my life with her."

She insisted. So Ralph "Iron Pants" Wandrey would not be a P-80 test pilot.

August 6th, 1945 was the day the B-29 bomber Enola Gay dropped an atomic bomb on Hiroshima. The secret weapon attracted front page news, but in many cases, it was below the headline of the death of U.S. Ace of Aces Richard Bong.

His wife Marjorie Bong heard the news while she was sunbathing outside their apartment.

"And I came down and heard this news on the radio," she said. "It seems today, you know, that with tragic news of this kind happens, they don't release the name, you know 'pending next of kin notification.' That didn't happen. I mean it was just blatant, there on the radio. And the Bong family heard about it the same way."

She didn't remember flying from California to Superior for the funeral in the same church in which they were married just six months before. She didn't even remember the day they buried her husband at a cemetery near the Bong family farm.

Bong's sisters Joyce and Gerry say people from all over the country still stop by and lay wreaths or leave little P-38 model airplanes at the grave of their brother.

"I remember one guy, he was a military person. He stopped at our place on his way through Michigan. He told us every time he came through he'd stop underneath the plane and just stood there for awhile, to stop and pay homage."

A report by the Army Air Forces Office of Flying Safety concluded that a minor explosion in the jet's power plant caused the P-80 to lose power. There was no evidence of pilot error. Richard Bong was killed instantly when he struck the ground.