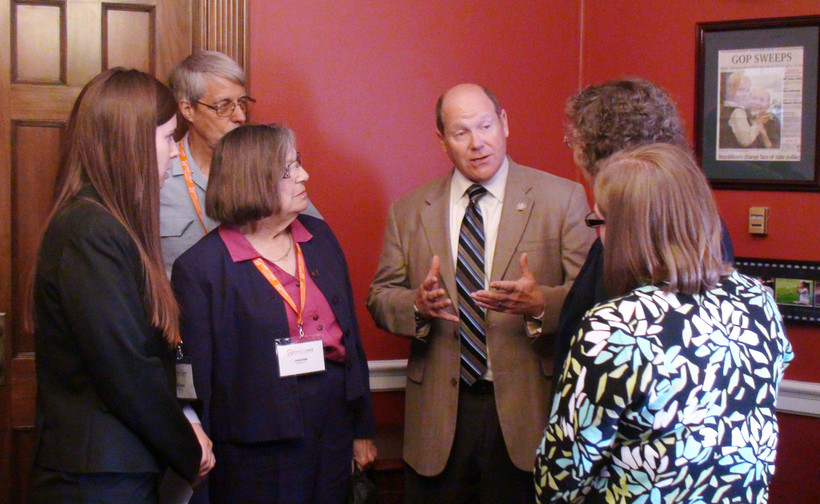 Bread for the World (CC-BY-NC-ND)

US. Rep. Rep. Reid Ribble, who was among the contingent of U.S. officials that traveled to Cuba with President Barack Obama this week, says the normalizing of trade and other relations with the communist country could help Wisconsin farmers.

Ribble said he hopes Congress will vote on lifting portions of the U.S. embargo before the president leaves office. Ribble said his biggest priority for the trip was to promote lifting the ban on agricultural exports to Cuba. He said the Carribean nation imports 80 to 90 percent of its food — mostly from Europe and South America. Ribble said Wisconsin could have a big part of that market, especially the state's dairy farmers.

Still, he said the embargo should be lifted "incrementally."

"I think this is a place where there's a good opportunity for Wisconsin and that's my primary interest," Ribble said. "But I'd like to see the Castro regime move away from some of the very restrictive things they do with the press down in Cuba and with the right to peacefully assemble and protest."

Ribble said the six-decade ban on trade with Cuba hasn't worked for either country.

"I think many Americans are alive today that don't even know what the quarrel with Cuba was about," he said. "We're trading with Vietnam. We had 53,000 soldiers, airmen and Marines and reservists that were killed over there, yet we've found a way to trade with them."

Ribble said legislation is moving through Congress to lift restrictions, but he doesn't know if he'll get a chance to vote on them before he leaves the house at the end of the year.