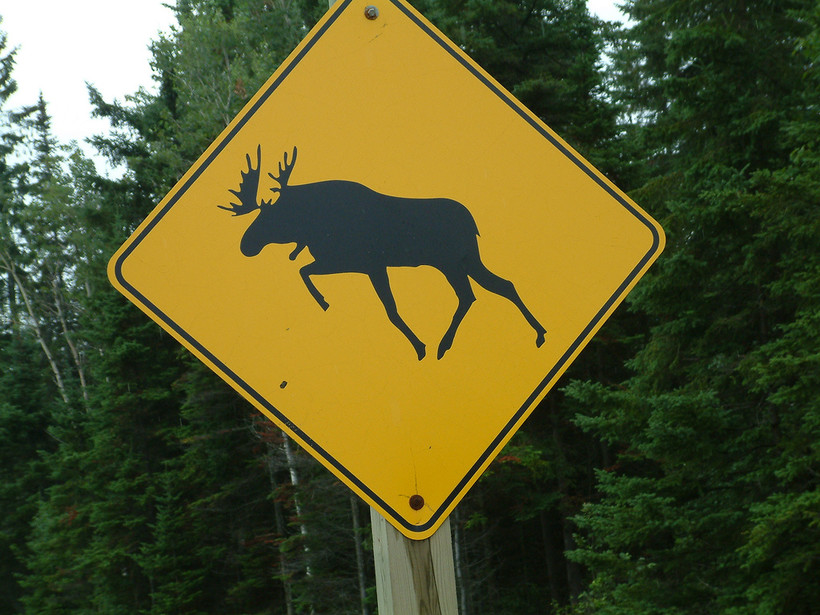 A Rhinelander woman is thankful she and her husband survived a automobile collision with a moose - although the creature they hit was not so lucky.

Paula Eades and her husband Randy were on a dark stretch of Highway 45 near their Rhinelander home when she saw something few people see in Wisconsin.

"It was maybe four miles from home, and it was just there. My husband yelled 'Moose!' All I saw was legs and a stomach."

The 600-pound female smashed the windshield, and crushed the top of Paula Eade's car. She says that she and Randy are lucky to be alive.

"He could have come through the windshield and got caught in there and kicked and thrashed. Someone was watching over us. The angels were there. No doubt about it."

The crash killed one of the few moose that live in Wisconsin, according to Department of Natural Resources mammalian ecologist Adrian Wydeven.

"That's pretty unusual. We probably have only 20 to 40 moose in Wisconsin, and as I recall the last time a moose was hit by a vehicle was maybe about 15 years ago, somewhere between Stevens Point and Wausau."

Wydeven says the moose probably strayed from the Upper Peninsula, where the animals were reintroduced in 1985 with mixed success.

"We're not seeing moose populations doing very well in the Great Lakes. It's not likely that we're going to have a very healthy breeding population extending across much of northern Wisconsin."

Paula Eades says that she has gotten some undeserved criticism because of the accident.

"Sometimes there's just nothing that you can do. I guess on Facebook, people haven't been so kind. 'How can you not see a moose?' You really can't. Their eyes don't glow in the dark, either."