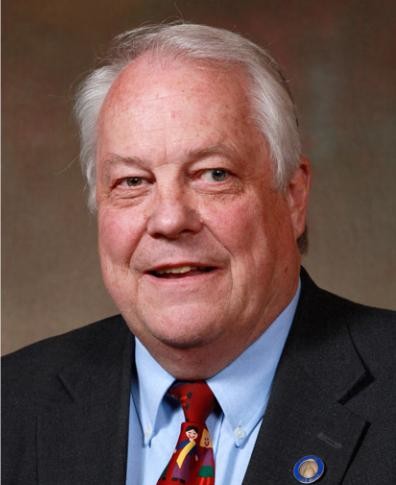 Retiring state Sen. Bob Jauch, D-Poplar, said on Monday that he wants to use his remaining 15 months in office to raise the bar in the democratic process in Wisconsin.

That, he said, would be the most important task for him and state Sen. Tim Cullen, D-Janesville, who is also retiring.

“The most important thing for (Cullen) and I to do is try to … raise the standard of debate and encourage our colleagues to solve issues of substance rather than salivating for political gain,” Jauch said.

But also, he said, he wants “to encourage the public to realize there is a role of citizenship they must exercise if the will of the people is going to be the law of the land.”

He said citizens have a civic duty to keep themselves “informed and engaged rather than inflamed and enraged.”

Cullen and Jauch have often worked closely with state Sen. Dale Schultz, R-Richland Center, who is rumored to also be considering retirement.

“I think what the three of us have done is really try to elevate the responsibility of elected officials to act like statesmen,” Jauch said. “We have a higher purpose, and that is to solve problems.”

In contrast to earlier years, when, he said the minority party was often able to negotiate compromises, now they were lucky to get a single amendment passed.

Jauch, who said he has logged more than 750,000 miles of driving in his 31 years in office, said he didn’t have the energy for five more years in office.

“I always see the glass as half full, as difficult as it has been,” he said. “I’m hopeful that this tide is going to turn, the public will insist on a government that functions in a way that we can … achieve the common good.”