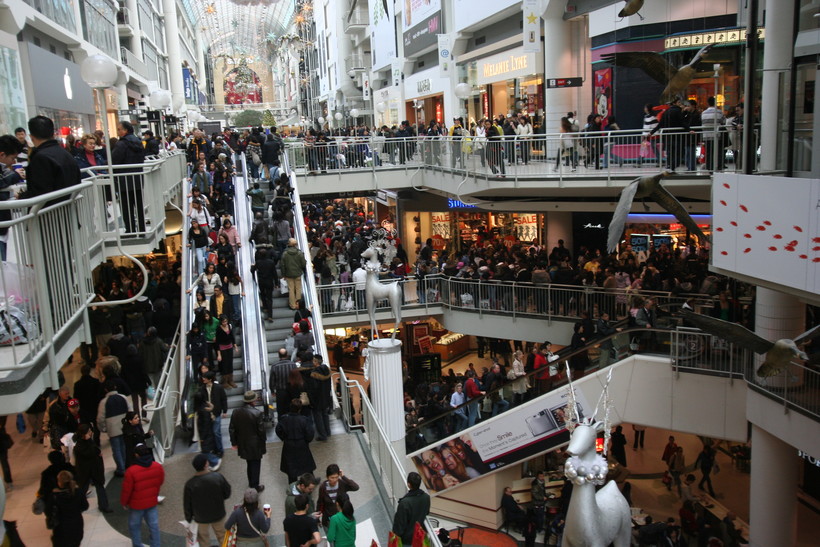 Retailers To Open For Black Friday Even Earlier Than Last Year

One Expert Says That 'Openin-Time Creep' Is Reaching A Slowdown
By Chris Malina
Share:

The busiest shopping weekend of the year is almost here — and with it comes the usual mix of excitement and outrage.

According to John Talbott, the associate director of the Center for Education and Research in Retailing at Indiana University, customers only have ourselves to blame.

“People are voting with their feet, or with their wallets, and they’re telling stores to be open,” said Talbott. “Stores try to do their best to make customers happy, and if customers tell them through the spending that they create that they want them to be open earlier, they’ll do it.”

Despite the opening-time creep, Talbott thinks we’re hitting a slowdown: He doesn’t expect all-day shopping on Thanksgiving in the coming years.

“I think that retailers recognize that there’s a fine line, and they don’t want to cross it,” he said.

While Black Friday itself remains largest shopping day of the year, retailers are trying to spread the excitement over the entire weekend.

“The term Black Friday, meaning a single-day event, is not true anymore,” Talbott said. “Most retailers are thinking about this as at least a four-day event.”

That said, if people do brave the Thanksgiving sales, there’s no guarantee they’ll actually getting the best deals. Talbott suggested that perhaps waiting a few weeks might be a better option.

“As you get closer to the end of the shopping season, there’s a probability that the season’s not going as well as stores might have liked — that you’ll see the best deals come later if you can wait and if you’re not set on a very specific item,” Talbott said.

For online shoppers, Talbott suggested checking out the websites of major retailers on Black Friday, as many of the deals, or comparable ones, will also be offered there.

“Today, there’s more of an integrated approach by retailers of having both online and offline capabilities to interact with customers,” he said.

He also pointed to Cyber Monday, which should see aggressive promotions and sales.

“Cyber Monday is still the biggest online shopping day of the year,” Talbott said. “Retailers are up against a big day from last year, and so they’re actively trying to make sure that they get the same or higher level of performance this year.”