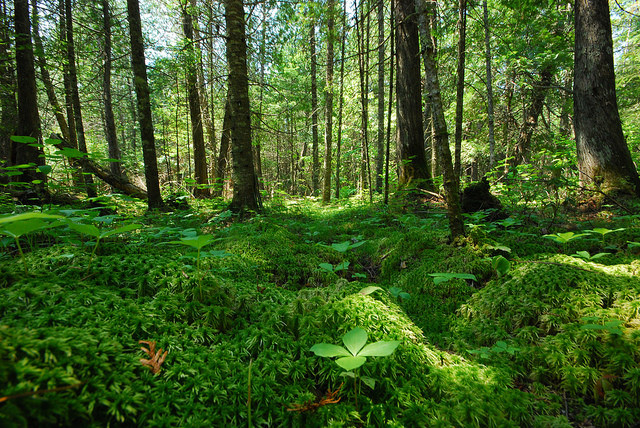 Restocking Forests Has Potential To Increase Carbon Sequestration By 20 Percent

Trees are a powerhouse when it comes to capturing and storing carbon — an important part of keeping the atmosphere and climate healthy.

Planting more trees is often talked about as a way to mitigate forest loss and climate change, along with maintaining and restoring forest ecosystems. Currently, the existing forest land in the United States offsets about 14 percent of carbon dioxide emissions each year. 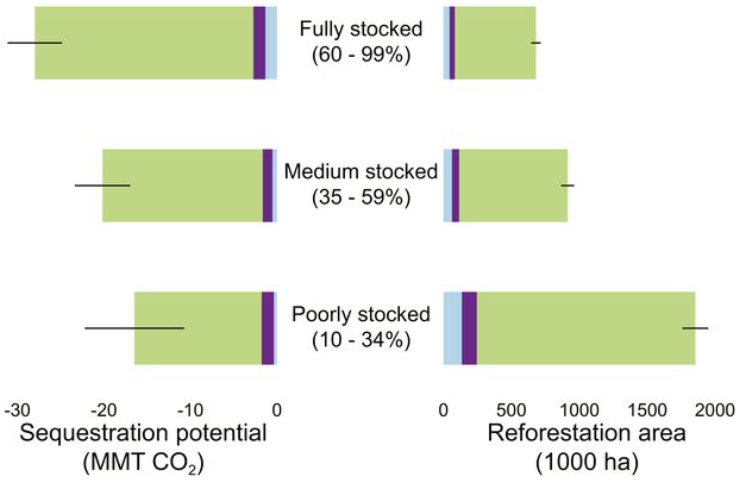 A recent study from the Proceedings of the National Academy of Sciences found there is an opportunity on existing forest land to increase that contribution by about 20 percent by fully stocking the understocked productive forestland.

Yet, it’s not as simple as just planting trees, said Grant Domke, co-author of the study and a research scientist and leader of the Carbon Science Group in the U.S. Department of Agriculture Forest Service.

Where, and what types of trees get planted are crucial pieces of the puzzle. 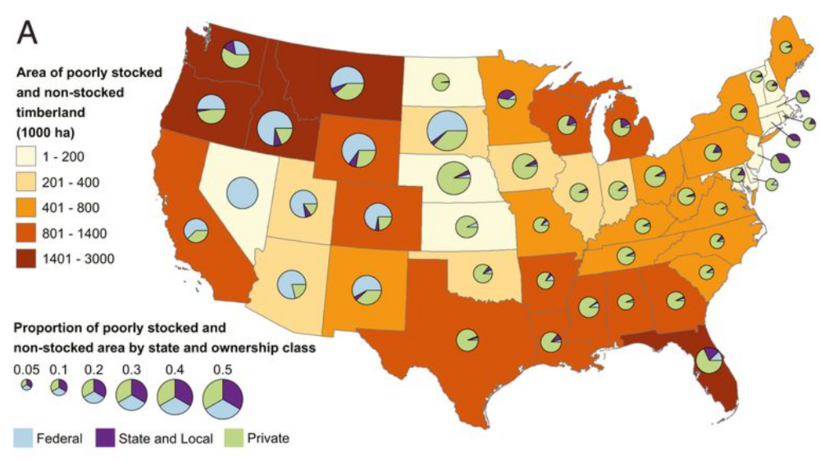 Distribution of understocked timberland by ownership in the continental U.S. Graph courtesy of Grant Domke

Domke said the study is unique because the focus was on established forest land, not land that would require conversion.

"Really the low-hanging fruit," he said. "Where do forests currently exist — and productive forest land, so we know that there's evidence or a history of a forest growing in these areas."

The researchers used data from more than 130,000 national forests plots around the continental U.S. to calculate the ability of the country’s nearly 1.4 trillion trees to sequester carbon. There are opportunities to increase the sequestration capacity of these sites in all the lower 48 states, he said. Trees in currently understocked forest lands typically occupy less than 35 percent of the area.

Currently, the U.S. is planting around 1.2 billion trees per year, Domke said, which isn't sufficient to restock all the understocked forest lands.

While increasing carbon sequestration by 20 percent may seem like a lofty goal, even a smaller increase would have a dramatic effect, Domke said.

"We could increase that (carbon sequestration) by about 4 or 5 percent, which sounds like a small amount, but actually in the grand scheme of things, ends up being a pretty substantial increase in emissions offsets," he said. 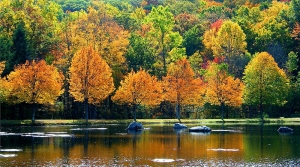 We talk with a forest researcher about how we should be planting trees to have the biggest impact in reducing the effects of global climate change. And a clinical psychologist suggests ways to be happier, even in challenging times like these.