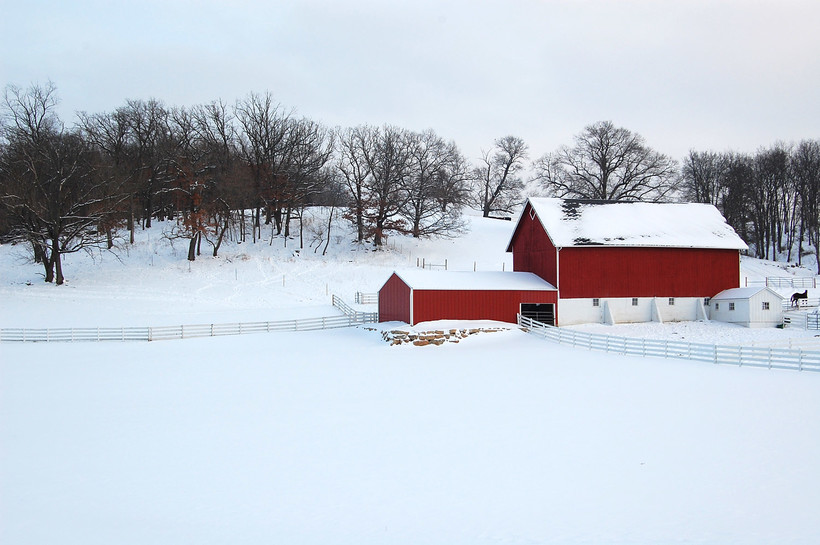 The Rest Of Us Might Grumble, But Farmers Appreciate Late-Winter Snowfall

Yesterday's snowfall is good news for farmers, but it will not work as a long-term cure for the state's thirsty soil.

As Wisconsin residents dig out from another late season snowstorm, a significant slice of the population sees it as good news. Farmers need the moisture in their parched soil, according to University of Wisconsin-Stevens Point professor of water resources George Kraft.

"We're going to recharge the soils that went into the fall quite dry, and hopefully some of that water will get through the dry soil and recharge the aquifer too."

Kraft says the value of the snowpack to farmers depends on how and when it melts.

"We'd like a nice slow snowmelt, so that the water then can soak into the soil, which will hopefully not be too frozen. Hopefully, it will coincide with the time when plants start growing."

But Kraft warns that the late winter snowfall will be short-lived, and needs to be followed by spring rains.

"And after the short term of having some moisture in the soil, we'll need some rain to follow that up pretty quickly to get crops from the little bitty stage to healthy corn plants [and] healthy soybeans."

Kraft says the aquifers in the northern third of the state are in the most critical need of recharging because of persistent drought.