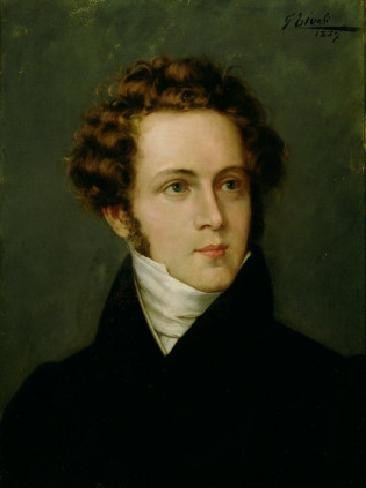 By the time the Venice debut of Vincenzo Bellini’s opera Beatrice di Tenda finally took place, it was a month overdue, and winning over an impatient audience was not easy.

Librettist Felice Romani was part of the problem. He was slow to deliver and, apparently, stood Bellini up at least once, because the composer wrote to him:

Dear Romani, having worked like a dog, I assure you that it is too cruel for me to come all the way to your house only to find that you are not there. Since we agreed that I’ll always be there by four at the latest, I beg you that if matters more important than the libretto require you to leave home, you will send me word before three o’clock, when I am always in. I hope that today you will have me find everything that is missing from the first act because I have promised to deliver it to the copying office tomorrow or the day after.

The “slacker of a poet” made Bellini despair of completing the opera in time for the debut, and when an inadequate singer had to be replaced and his part rewritten, he had no option but to apologize to his audiences and postpone for another month, to the very end of the opera season.

On opening night, March 16, 1833, those in the audience were unforgiving–cool to the introduction and loud in their accusation that Bellini had borrowed from his previous opera, Norma. They were still muttering their disapproval as soprano Giuditta Pasta began a duet. She turned to and faced the audience for the line, “If you cannot love me, respect me!”

It is said that the audience got the hint and responded with vociferous applause. For the five performances that remained before the close of the season, the crowds were friendlier, and for the last two, Beatrice di Tenda almost doubled the money it made on the night of its contentious debut.