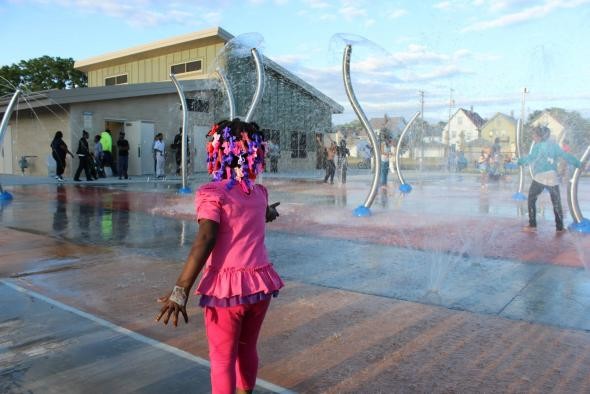 Sister Patricia Rogers, director of the Dominican Center of Milwaukee, used to force someone to attend the regularly ongoing community police meetings in the city's north side neighborhood of Amani.

Not anymore. Now a group of residents go freely on their own volition, and it's showing in the neighborhood's crime rates.

"This is what can happen when people believe that they can make a difference," Rogers said.

The Amani neighborhood, tucked in the city's 53206 area code where 47 percent of residents live in poverty, has seen a significant drop in crime, even though the surrounding areas are home to the highest police presence.

Since 2005, class A offenses — which include assault, burglary, vehicle theft and homicide — have dropped more than 32 percent in Amani, compared to a decrease of 23 percent citywide, according to Milwaukee Police Department statistics.

Tom Schneider, executive director of COA Youth & Family Centers in Milwaukee, which operates a community center in the Amani neighborhood, said the dip in crime was no accident.

"This was part of a systemic approach at changing what was one of the most distressed neighborhoods in the city of Milwaukee," he said.

The transformation is the direct result of engaging residents and making sure they're helping to buildup the community, Schneider said. That kind of buy-in, he said, empowers people to work together and to look out for one another.

"You start to see the building of a fabric of a community where residents are not just engaged, but proud of what they've done and proud of their neighborhood. And that's the key to watching the crime rates drop," Schneider said.

The reinvigoration of the neighborhood has helped residents ban together to shut down drug houses, close corner stores that weren't much more than cigarette and alcohol depots, break up gang activity, bring in family medical centers and construct green spaces.

Schneider added that strengthened relationships with law enforcement will only help the neighborhood carry the momentum forward.