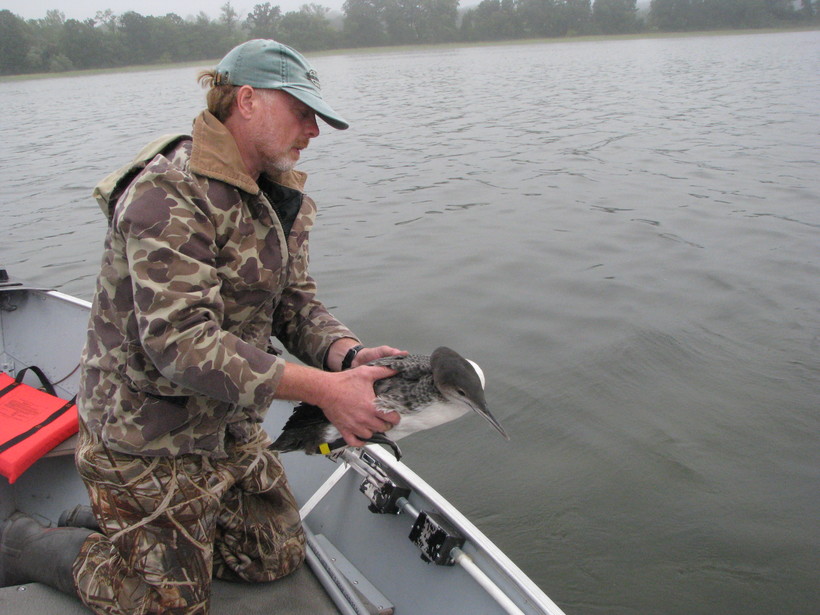 Scientist Says Wisconsin Has Nearly 4,000 Loon According To 2010 Count
By Danielle Kaeding
Share:

More than 3 million barrels of oil spilled into the Gulf of Mexico when a BP oil well exploded five years ago, polluting beaches and affecting wildlife. Wisconsin researchers are now examining the risks to juvenile loons that might winter there.

“Loons from the Midwest here use the gulf as a wintering area so we need to be concerned about what’s going on in the Gulf of Mexico," Kenow said.

“There's a lot of activity in the gulf -- oil exploration and fisheries operations. It's important to know how these activities could impact wintering loons," Meyer said.

Kenow said that they’re finding juvenile loons use nearshore areas in the gulf that might be more subject to contamination.

The state of Minnesota's Environmental and Natural Resources Trust Fund provided roughly $70,000 for the study. Kenow said the research provides a basis for understanding the risks from predators, contaminants and other human activities for juvenile loons.

"They're using often smaller water bodies on the route of migration and they may be subject to risks, such as moving through areas that are typically hunting areas," said Kenow.

Kenow said survival rates of juvenile loons are lower than that of adult loons. He said that might be due to lack of experience or where they're wintering.

Meyer said they're seeing birds winter along the Texas coast of the Gulf of Mexico. He said the birds will help them understand what habitat is important for juvenile loons before they return to the breeding grounds.

"Places that one would want to ensure there is adequate food, healthy fisheries during the winter and during their movements before they return to the breeding ground," said Meyer.

Meyer estimates Wisconsin has nearly 4,000 loons as of the last count in 2010.